Volume > Issue > Amoris Laetitia: What Is Pope Francis Up To? 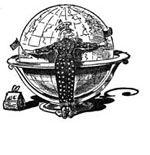 Amoris Laetitia: What Is Pope Francis Up To?

THE MYSTERIOUS LIGHTNESS OF THE LORD'S YOKE

By Anthony Giambrone | June 2017
Anthony Giambrone, O.P., is a Dominican friar of the Province of St. Joseph (New York) and Professor of New Testament at the École Biblique in Jerusalem. Along with his academic publishing, he is the translator of St. Dominic by Georges Bernanos (Cluny Media) and a frequent contributor to Magnificat.

Measured by its social impact, Amoris Laetitia is the most important Church document since Humanae Vitae. Measured by the simplicity of its message, there is little comparison between Pope Paul VI’s unambiguous sixteen-page reaffirmation of traditional Church teaching and Pope Francis’s two hundred and sixty-four-page highly footnoted, hortatory gesture toward the future. Although the bulk of Francis’s document is unobjectionable on all sides, all the swirling debate the text has caused makes plain that one is not exempted from scrutinizing every last footnote. For those without the patience or the time to do so, a question arises (not posed for the first time): What is Francis up to?

Commentators of all sorts have weighed in and will certainly continue to do so. The recent intervention by four cardinals who published a series of five poignant dubia, or questions, implicitly challenging the orthodoxy of the Pope’s apostolic exhortation, represents the most tumultuous and unpleasant moment to date in the bumpy reception of the document. If an answer of silence on Francis’s part has softened at least the appearance of an open quarrel, many are far from satisfied. The event has only reignited the strained atmosphere of confusion and discontent that also clouded the two earlier Synods on the Family. Vatican watchers, not without reason, are now commenting on the mutual alienation and power plays of the opposing camps, and future Church historians will certainly have a juicy chapter: synodal scandals, ecclesiastical face-offs, bishops brazenly taking their own paths, and powerful prelates politely exiled to distant isles. It is still far from clear, of course, how exactly this present testing chapter will end, and it is not without dreadful irony that ecclesial unity is facing a genuine and uncommon threat, just as the Church’s pastors struggle to address the contemporary plague of broken families.

To the extent that this rightly worrisome — for some even apocalyptic — distraction can be temporarily forgotten, and that the opposing charges of “heterodoxy” and “legalism” might, for the moment, be muted, the canonical tone struck by Raymond Cardinal Burke, the outspoken spokesman for the four cardinals and former prefect of the Supreme Tribunal of the Apostolic Signatura, is not a bad way into the issue.

In the first place, it is a matter of charitable good will to see that Francis at least understands himself to be addressing a matter of Church discipline rather than doctrine. His repeated affirmations in Amoris Laetitia that marriage is indissoluble demonstrate his intention to hold the dogmatic line. In an important statement, the Pope directly quotes the synod in stating that the Church’s pastoral care for the divorced who have entered into new, illicit unions “is not to be considered a weakening of its faith and testimony to the indissolubility of marriage” (no. 243). The magisterial status of Amoris Laetitia as an exhortation rather than an encyclical, moreover, sounds a pastoral rather than a dogmatic note.

From the Fringes: A Marital Blitz