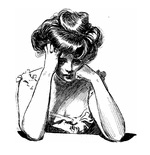 American Catholics: Unclear on the Concepts

That seemed, at first blush, to be the underlying message delivered this January by Peter Kodwo Appiah Cardinal Turkson, president of the Pontifical Council for Justice and Peace. In the lead-up to the Catholic Social Ministry Gathering in Washington, D.C., where he was to give the plenary address, the Ghanaian cardinal had some interesting things to say about the way American Catholics read papal documents.

He has been surprised, he said, that common theological terms are often misunderstood or misinterpreted stateside. “We found out that some of the vocabulary which is just taken for granted and used freely [in the Vatican] may not always have the same sense or may have had some nuances which sometimes are missed because of the way the terms are used in the American political context,” he said in an interview with Catholic News Agency (Jan. 13).

This peculiar problem became particularly acute after Pope Benedict XVI issued Caritas in Veritate, his 2009 encyclical outlining the Church’s vision for “integral human development” in economics, society, and politics through the principles of charity and truth. (The Pope appointed Cardinal Turkson to his present post a few months after the encyclical’s release; the cardinal’s primary task is to promote the Church’s social teaching worldwide, with special emphasis on Caritas in Veritate.) Cardinal Turkson said that although the Vatican was generally pleased with the response to the encyclical, reaction from some sectors of the American audience was “unexpected.” The cardinal emphasized that this is not a general or widespread problem. But, he said, “in certain circles…there is a difficulty.”

Which circles might those be? We can venture a guess based on the terms Cardinal Turkson specified as being among the ones that are often misunderstood. These include “social justice,” which he said is often mistakenly connected to socialism; “solidarity,” which is mistakenly linked to communist regimes (this one’s a real head-scratcher considering that “Solidarity” was an anti-communist Polish movement led by the Catholic Lech Wa­lesa); and “gift,” which is perceived as encouraging welfare handouts.

Adventures of a Middle-Class Catholic Bag-Lady

St. Francis of Assisi played a large role in my conversion from an atheistic, though Jewish, background. The ideal of poverty was firmly fixed in my imagination.

The Sovietization of American Women