Volume > Issue > A Witness in Bangkok 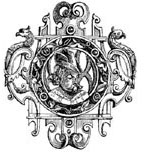 A Witness in Bangkok

AN ANNIVERSARY IN EXILE

By Casey Chalk | December 2016
Casey Chalk is a graduate student in theology at Christendom College and an editor of the ecumenical website Called to Communion (www.calledtocommunion.com).

First of all, then, I urge that supplications, prayers, intercessions, and thanksgivings be made for all men, for kings and all who are in high positions, that we may lead a quiet and peaceable life, godly and respectful in every way. This is good, and it is acceptable in the sight of God our Savior. — 1 Timothy 2:1-3

If you ever come to Bangkok and visit the Redemptorist parish located in the center of the city, arriving either before or after Mass, your eyes would likely be drawn to a fairly unusual sight. You would see a South Asian man, about forty years old, kneeling very conspicuously a few steps below the altar, a Rosary prominently raised above his head, held forth as an offering to God. In his other hand, to which the man’s attention would be rapturously fixed, would be a Breviary with a worn cover and countless prayer cards jutting out from the faded pages. His voice would be audible even from the very rear of this large church as he utters not only Rosaries but innumerable other recognizable intercessory formulas, a profusion of petitions suggesting a deep familiarity with the art of supplication. The man’s prayers testify not only to his faith but to the faithfulness of God, that He is listening amid a relentless persecution of minority Christian populations across the globe. The man’s name is Michael, and he is a Pakistani asylum-seeker living in Thailand.

I met Michael shortly after arriving in Bangkok in the summer of 2014. There are many Pakistani asylum-seekers and refugees in the country — as many as twelve thousand by some counts — and the vast majority of them are Catholics and evangelical Christians. They are most visible on Saturday evenings and Sundays, when they descend on the city’s churches, looking for some sympathetic soul willing to offer charity for their many needs: food, clothing, medicine, etc. All are impoverished, though some are more aggressive than others in their begging, especially if an unknowing American ex-pat establishes the precedent of handing money directly over to them, rather than going through the various church ministries that have been established to provide basic necessities to this community.

Michael was different. In addition to his pronounced practices of invocation, his presence at the Redemptorist church seemed constant, unlike others who visit the parish only when the financial opportunities make the trip worthwhile. Michael’s teenage daughter is an altar server, suggestive of his family’s deeper commitment to Christ and His Church. One day I introduced myself to him, his wife, and their three children, including their infant daughter, who was born in Bangkok. Michael acknowledged that he, like so many others, had fled persecution at the hands of Muslim extremists, ethnic Pashtuns affiliated with the Taliban, who had trickled into his home city of Karachi after the U.S. invasion of Afghanistan. Here in Bangkok, Michael and his family were barely scraping by. He told me he needed money to pay for his daughter’s education, which cost the equivalent of $120 a month. I demurred, unsure of giving money to someone I had just met, and afraid that one donation might open the floodgate of petitions from similar Pakistanis if word got around.

I didn’t see Michael or his family again for several weeks. I discovered from another Pakistani Catholic that they had been arrested by the Thai police — given their illegal status in the country — and taken to the infamous and overcrowded International Detention Center, or IDC. Some friends from the parish paid the fee necessary to release the family. I later learned more details about Michael’s incredible story, including his life in Pakistan, his arrest and detention in Thailand, and his uncertain future. What I know of this story follows here, and it opened my eyes to the witness of God’s grace, palpable in the travails of this particular Pakistani Catholic family.

Jihad in the Modern World

Fourteen centuries after the death of Muhammad, jihad remains a major obstacle to the full integration of Muslims into modern society.

A Witness in Bangkok

First of all, then, I urge that supplications, prayers, intercessions, and thanksgivings be made for…