Volume > Issue > An Army of Locusts Arises From the Smoke 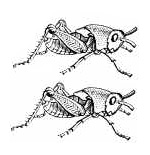 By Anne Barbeau Gardiner | June 2010
Anne Barbeau Gardiner, a Contributing Editor of the NOR, is Professor Emerita of English at John Jay College of the City University of New York. She has published on Dryden, Milton, and Swift, as well as on Catholics of the seventeenth century.

If Rip Van Winkle had gone to sleep in 1950 and were just waking up, he would be astounded to see how sodomy, once considered too shameful even to be named among Christians, has become, in today’s newspeak, the equivalent of virtuous love. He would gasp to see its conquering inroads in education, the law, the media, and, in some cases, religion. What can explain such a seismic shift in sexual morality in such a short time? What can account for the virtual surrender of many Catholics in the face of a movement originally so minuscule and so patently contrary to nature and natural law?

In the late seventeenth century, a convert to Catholicism named Abraham Woodhead (1608-1678) — a learned and holy man from University College, Oxford, and a revered spokesman for persecuted English Catholics — interpreted Apocalypse 9 as predicting a sudden invasion of Christendom by a horde of violent and unnaturally lustful insects. In Apocalyps Paraphras’d he explained that the first of the three “woes” before the arrival of the Antichrist was the emergence of an army from the smoke of the infernal regions. He described these enemies of the Church as “locusts” because they represented something immensely destructive of life and far below the rational conduct of human beings.

When Pope Paul VI famously declared that the “smoke of Satan” had entered the Church, could he have been alluding to Apocalypse 9? In this chapter, St. John sees a star falling from Heaven to earth and receiving the key to the door of the bottomless pit. When the door opens, smoke rises as from a great furnace and darkens the sun. In Scripture the heavens represent the Church, and the sun stands for Christ’s vicar, the successor of St. Peter. A demonic “smoke” rising from Hell and darkening the sun is a prophecy of how Satan will, for a time, prevent the pope from enlightening mankind. The application can easily be made to our own era. In reaction to the papal encyclical Humanae Vitae, Catholic dissenters and their fellow travelers in academe and media let loose a satanic smoke that covered with darkness Pope Paul VI’s teaching about sexual morality. Catholics became very confused about and grossly self-indulgent in sexual matters, just at the time when the homosexual juggernaut was being launched and homosexual scandals were a gathering force in the Church.

In Apocalypse 9, what emerges “from the smoke” of Satan is an army of humanoid locusts: “In appearance the locusts were like horses arrayed for battle; on their heads were what looked like crowns of gold; their faces were like human faces, their hair like women’s hair, and their teeth like lions’ teeth; they had scales like iron breast­plates, and the noise of their wings was like the noise of many chariots with horses rushing into battle” (vv. 7-9). We see a predatory power in their “lions’ teeth” and an eagerness for war in the noise of their wings, which resembles chariots “rushing into battle.” We see worldly authority in their “crowns of gold,” and a pretended humanity in their faces. They also have strong defenses in their “iron breastplates.” Note that the locusts are twice connected to “horses,” which in antiquity were symbols of pride, lust, and atheism.

Islamic Anti-Semitism & the Culture of Hate

The vast majority of anti-Semitic attacks in Europe (and elsewhere) are being perpetrated not by neo-Nazi skinheads but by Muslims. That might explain why we don't hear much about it.