Volume > Issue > A Litany of Repentance for the U.S. Church 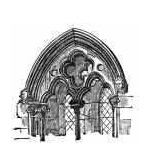 A Litany of Repentance for the U.S. Church

By W. Patrick Cunningham | October 2010
W. Patrick Cunningham is a deacon of the Archdiocese of San Antonio and one of the Archbishop's team of Masters of Ceremonies. He has a master's degree in theology from St. Mary's University. After retiring as principal of Central Catholic High School, he is now teaching in the public-school system and promoting Gregorian chant in his spare time. He and his wife have three daughters and nine grandchildren.

When King Josiah was twenty-six years old, workmen repairing the Lord’s house discovered scrolls hidden away in the temple, probably the Book of Deu­teronomy, full of blessings for keeping the covenant, and curses for forsaking it (2 Chron. 34). When Hilkiah the high priest had the book read to Josiah, the king realized that for generations the Israelites had turned their backs on the covenant, and he rent his garments. All the kingdom made repentance, tore down the idols, and destroyed the hilltop shrines to various gods. But it was too late. Just thirteen years later, Josiah was killed by the Egyptian army, and the kingdom went into its final moral and political death throes, culminating in the Babylonian captivity.

At various times in U.S. history, presidents and Congress have called for days of fasting and prayer as the nation endured periods of political, financial, and moral peril. Times of war were particularly chosen for this exercise in political religion. Those times have perhaps passed forever. But today both the U.S. and the Catholic Church in the U.S. are in very serious trouble — economically, politically, and especially spiritually. It is high time that the U.S. bishops together called us as a Church to a public act of repentance. I offer the following litany for such an occasion:

Response: Lord, have mercy on us, and hear our prayer.

My title is meant to refer to a difference of emphasis, not to an irreconcilable…

Our Churches Will Be Empty -- Part II... The Ridiculous Joan Chittister... An Update on Fr. Timothy Radcliffe... It's Good for Business... Mudslinging... The Theocons...