Volume > Issue > A Legacy of Dissent 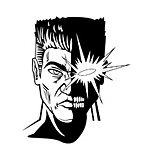 A Legacy of Dissent

THE MEMOIRS OF CHARLES CURRAN

I was born four months after Woodstock and four months before Kent State. I’ve begun to realize how these events framed the times into which I was born and out of which I was raised. In less than a year, the chimerical quest for peace and love on a dairy farm in upstate New York was shattered by a barrage of bullets on the dazed campus of a Midwestern university. It was a time of great chaos in American culture.

While thousands wallowed in the mud and music on Yasgur’s farm, Patrick Cardinal O’Boyle, archbishop of Washington, D.C., was preparing to impose canonical penalties on 40 of his priests who claimed they were unable to uphold the teaching of Humanae Vitae in good conscience. While the Ohio National Guard and student protestors battled in the streets of Kent, Fr. Charles Curran, associate professor of theology at the Catholic University of America, was working out a theory in which he would purport that “homosexual actions between committed partners are in a true sense objectively good but still not on a par with heterosexual relationships.” It was indeed a time of great chaos in the American Church.

As a so-called Generation X priest, I have felt a strong desire to make sense out of that chaos — both in American culture and in the American Church. I yearn to know what was underlying the sex, drugs, and rock ‘n’ roll at my school, as well as the Wonder Bread Masses and sex-ed classes at my parish. The more I try to sort through all of it, the more it seems to be one big mixed-up whole.

I have tried to remain fair in my quest. Shortly after I was ordained, a brother priest who had just marked the 25th anniversary of his ordination offered me several of his seminary textbooks to borrow and peruse. Among them were Fr. Curran’s Contemporary Problems in Moral Theology and Ongoing Revision in Moral Theology. Though I studied philosophy at Catholic University, where Fr. Curran had taught for 22 years before his final dismissal in 1987, and though I was vaguely familiar with the turmoil that surrounded him throughout those years, I had never read any of his books. I couldn’t have been more appalled. I tried to remain objective as I considered his arguments, but the further I read, the more I wondered how I would have turned out if these books had been assigned to me as moral theology manuals during my priestly training. Eager to talk with the priest who had lent me the books about what it must have been like for him, I called him — only to discover that he had been dismissed from the clerical state on charges of sexual abuse and had checked himself into a substance-abuse rehabilitation program. Coincidence? Perhaps. But once more, I couldn’t help thinking that it was all one big mixed-up whole.