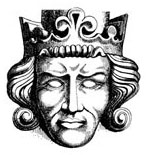 A Faith Enshrined, A Nation Renewed

UP FROM THE ASHES

It has been a cataclysmic century for the central European country of Hungary. Orbiting between the powers in Vienna, Berlin, and Moscow, it endured national dismemberment by Western powers following World War I, Nazi seizure and control during World War II, and Soviet domination for forty years after that. The resultant scars have left it markedly diminished in size and natural resources and bereft of a significant proportion of its native population. To be sure, the twentieth century was unkind to Hungary.

The Hungarians, however, are a formidable people. Their historic resolve captured the world’s imagination during their heroic 1956 uprising against their communist masters that culminated in brutal repression by Moscow and the Red Army. But long before that, the Hun­garian nation was known for its wide-ranging contributions to human civilization. Hungary has been, for the preponderance of its national existence, a predominantly Catholic nation. Its founder and king, St. Stephen (d. 1038), remains one of those rare monarchs of history who combined energy, vitality, sanctity, and practicality in forming the Hungarian nation after converting the fierce and marauding Magyar tribes to Catholicism a thousand years ago. His life and legacy are virtually synonymous with Hungary itself. Few Catholic king-saints can rival him when his achievements are taken in totality: Imagine Charlemagne’s administrative brilliance combined with St. Louis IX’s sanctity. Stephen was, like any great Catholic saint ought to be, especially devoted to the Virgin Mary. He built a stately church at Stuhlweissenburg in honor of the Mother of God, in which the kings of Hungary were afterwards crowned and buried.

Since its freedom from the yoke of communism following the fall of the Soviet Union, Hungary, like most former Soviet satellites, has moved in a Western direction, politically and economically. It joined NATO in 1999 and the European Union in 2004. And, like most of Europe, Hungary faces significant challenges. It still bears the scars of four decades of communist misrule combined with three generations of atheistic indoctrination. Like most former Soviet satellites, it has an abysmal fertility rate of 1.25, and as of 2010 its population was still in decline. Its economy faces the prospect of stagnant growth and deteriorating market conditions.

The Vatican Looks at Non-Marxist Socialism

In its universal concern, the Church cannot be a mouthpiece for the West, even if, as a result, the Pope is accused of “misunderstanding the free-market economy.”

What Will World War III Be About?

There are many ways to cut this world’s cake in half and take sides. A Christian should presumably think in terms of the Church vs. the world.