Volume > Issue > A Mass in Latvia 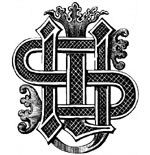 FROM COMMUNISM TO CHRISTIANITY

By Thomas Basil | April 2010
Thomas Basil is a 1996 convert to Catholicism. His employment has taken him frequently to Europe. This visit took place in September 2008. He lives in the Archdiocese of Baltimore with his wife and their six children.

The Catholic Church is often portrayed as mankind’s foremost oppressor. But all who level such accusations should make a secularist pilgrimage to Latvia’s Museum of [Soviet and Nazi] Occupations in the capital city of Riga. The museum has been given a very conspicuous location in the heart of the city. Photos of foreign dignitary guests line the entrance. It looks like every political figure and popular entertainer who sets foot in Latvia is required to make a visit.

Pilgrims are recommended to meditate on Order No. 001223 given by the Soviet Deputy People’s Commissar of Public Security. On the night of June 13, 1941, fifteen thousand Latvians were awakened in the night, given one hour to pack a suitcase, then forced into railway cattle cars to ride for weeks to Siberian gulags. Newspapers and police were silent. Relatives received no information. Train tracks were littered with desperate notes dropped by deportees, some now on display as faded testaments on the museum wall.

That same night along the Baltic, eleven thousand in Estonia and twenty-one thousand in Lithuania also vanished. This was the first, but not the only, one-night terror deportation inflicted on Latvia during the communist era. Thus, in this small Baltic portion of Stalin’s empire of militant atheism were more lives summarily destroyed in a single day than in centuries of Catholic “inquisitions.”

Quoting snippets from the Museum of Occupations: “[Gulag] prisoners lived overcrowded [in wooden barracks], political prisoners together with criminals, who were encouraged by the guards to terrorize [them]. Murders were a part of daily life. Prisoners’ hair would [often] freeze to the planks on which they slept. An indescribable stench came from the open metal drum that served as a toilet. Prisoners slept on bare planks so tightly packed together that turning over had to be done by all simultaneously on a shouted command. Prisoners often relieved themselves without getting up [so as to not forfeit their sleeping space].”

A Quonset hut stood at the far end of the football field, the same field…