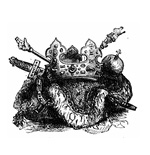 By James F. Csank | September 2008
James F. Csank is a retired attorney living in Seven Hills, Ohio. His writings have appeared in The St. Croix Review and The Human Life Review.

Daniel Maguire, professor of moral theology and ethics at Marquette University and a former Catholic priest, has made his name by dissenting publicly from Catholic teachings. He then plays the martyr because the Church declines to adopt his theories. First he did it with abortion in his book Sacred Rights: The Case for Contraception and Abortion in World Religions (Oxford Univ. Press, 2003). He has done it again in an article titled “A Catholic Defense of Same Sex Marriage,” posted on the website of the grandiosely named Religious Consultation on Population, Reproductive Health and Ethics. His article is a classic example of special pleading, of rhetoric masquerading as scholarship, of authorities misleadingly cited, of self-serving interpretations of the Bible, of hidden premises, and of logical fallacies.

Maguire’s first sentences set the tone: “The Catholic Church is beginning to rediscover what it once knew; that not all persons are heterosexual, that many people are homosexual and that this is just fine. In the past, the Church accepted homosexuality more openly and even had liturgies to celebrate same sex unions.”

In support of that last claim, he cites John Bos­well’s book Same-Sex Unions in Premodern Europe. Maguire says, “In the same sex ceremonies, we see the two persons of the same sex ‘standing together at the altar with their right hands joined (the traditional symbol of marriage), being blessed by the priest, sharing Communion, and holding a banquet for family and friends afterward….'”

Boswell was a professor of history at Yale who died in 1994 from complications arising from AIDS. He was a homosexual and a Catholic whose work was largely devoted to changing the Church’s attitude toward homosexuality. He was not a disinterested scholar.

Why Are the U.S. Bishops Urging Catholic Couples to Divorce?

Unhappily married adults who divorced were no more likely to report emotional and psychological improvements than those who stayed married.

On September 8, 2015, Pope Francis significantly changed the way the Church handles cases of…