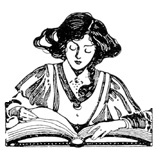 Zélie Martin & Thérèse of Lisieux on Confronting the Fear of Death

SAINTLY EXAMPLES FOR A TIME OF PANDEMIC

On August 28, 1877, in Alençon, France, Zélie Martin, 45, died from breast cancer, 12 years after noticing the first signs of disease. By the time she sought medical attention, her condition could not be cured, nor did a pilgrimage to Lourdes less than three months before her death result in a physical healing. She left behind a loving husband, Louis, and five daughters: Marie, 17; Pauline, almost 16; Léonie, 14; Céline, eight; and Thérèse, the youngest, age four.

The death of matriarch Zélie was a searing loss for the family, one that led to their relocation in Lisieux to find consolation and support in proximity to Zélie’s closest living relatives. Louis, 54, the newly widowed father of five daughters, sought the companionship and help of Zélie’s brother, Isidore, and sister-in-law, Céline Fournet. (Zélie’s other sister, Élise, Sister Marie-Dosithée, had died of tuberculosis six months before Zélie’s death.) Louis was an exceptionally kind man, equally fond of and devoted to his daughters, but he was not nearly as accomplished in practical affairs as his deceased wife had been. His temperament was as monastic as hers had been domestically and economically engaged. But with the help of Zélie’s relatives, Louis raised his daughters in an intimate family community of love and faith. All five daughters entered religious life and made final vows: Pauline, Marie, Thérèse, and Céline in the Carmelite community of Lisieux, and Léonie, after three failed attempts (including a brief stint as a Poor Clare), at the Visitation convent at Caen. After Thérèse’s death at the age of 24 in 1897, the publication of her unfinished manuscript, Story of a Soul, led to her canonization in 1925 and the worldwide fame that continues today. Less well known, her parents, Zélie and Louis, were beatified by Pope Benedict XVI in 2008 and canonized seven years later by Pope Francis. Theirs was a family of saints.

Many of us who have been quarantining with our own families due to the coronavirus pandemic may be tempted to use other phrases to describe our families. It is easy to assume that what is difficult for us — the real but uncertain prospect of death by COVID-19, for ourselves or the ones we love — would have been easy for the saintly Martins. This is not true. In a letter to her brother in 1865, Zélie confessed, “I own to you that I am terrified of death.” This was a woman who was not to remain unfamiliar with death. Between 1865 and 1870, she suffered the loss of two infant sons, two daughters, her father, and her father-in-law. No son survived beyond infancy. One daughter, Mélanie-Thérèse, died of starvation at the age of two months when, unbeknownst to Zélie, her wet-nurse proved incapable of providing adequate nutrition; the other daughter, Hélène, her mother’s pride and joy, was five years old when she died unexpectedly. The death of this delightful child was especially hard to bear.

Similarly, Zélie’s death was the defining event of Thérèse’s childhood, and its adverse effects persisted for years. The nine-year period immediately following Zélie’s death — from 1877 to 1886 — was the most difficult of Thérèse’s life, transforming her personality from joyful and vivacious to timid and overly sensitive. This lead to social isolation from other children, serious physical (and neurological) illness at the age of ten, the scourge of scrupulosity, and what some might identify as the conditions for attachment disorder. Interestingly, all her life Thérèse sought and found substitute mothers: she chose her “ideal” sister Pauline as her “second Mother”; her sister Marie was her godmother and stepped in to fulfill Pauline’s teaching role when Pauline entered Carmel; Thérèse was deeply attached to her superiors, Mother Marie de Gonzague and Mother Agnes of Jesus (Pauline); and through a miracle she experienced the smile of Mary, whom she affectionately called “Mama.” The devastation wrought by the death of her mother affected every aspect of Thérèse’s life and being, and yet she emerged a saint. What can we learn from Thérèse and her mother as coronavirus threatens our own lives and the lives of those we love?

Technology cannot erase our humanity. We will find a way to live and even flourish in a world saturated with technology.