Volume > Issue > You Make the Call 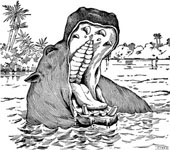 You Make the Call

Many of you have asked if Fr. Richard John Neuhaus has responded to my January article. Well, he finally has. But first some background.

In “The Public Square” section of First Things (June/July 2000), Fr. Neuhaus expressed his dismay at an article in the NEW OXFORD REVIEW by Fr. Regis Scanlon on Hell. In the process, Neuhaus noted that he had just written a book on that subject, Death on a Friday Afternoon. I, as Editor of the NOR, took that as a nudge, and read the book.

Upon reading it, I was appalled, for it was riddled with statements supporting universal salvation (the notion that everyone goes to Heaven). While there was some hedging on the subject, especially early on, the thrust of the book was clearly to support universal salvation.

Actually, I was horrified, for a belief in universal salvation (or even a studied silence about Hell from the pulpit, which is what so many laity complain about) is at the root of much of the doctrinal indifference, liturgical weirdness, and flagrant immorality found in the Church today.

Cardinal Gracias of Bombay condemned all abortions and promised a poor couple that the Church would raise their baby if he were allowed to live.

When we take liberals to task, no one calls us "condescending" or "arrogant." But when we take on neoconservatives the namecalling begins.