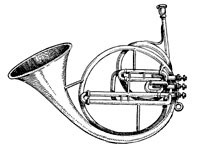 On August 4, 1999, the New Jersey Supreme Court, in the case of James Dale v. Boy Scouts of America, ordered the Boy Scouts to accept an openly homosexual scoutmaster. The Boy Scouts had contended that a homosexual lifestyle is contrary to the moral vision the Scouts seek to instill and that, as a private organization, their right to freedom of association protected their decision to dismiss Dale. A unanimous State Supreme Court ruled otherwise, contending that the Boy Scouts, as a “place of public accommodation,” come under the purview of New Jersey’s “Law Against Discrimination” (LAD). Since 1991 the LAD forbids places of public accommodation from discriminating on the basis of “affectional or sexual orientation.” Concurring in the judgment, Associate Justice Alan Handler assured the public that he would be in the vanguard of a new ethic, opining:

It is not tenable to conclude that because at one time “traditional moral values” were based on unsupportable stereotypes about homosexuals, those values have survived and endured unchanged in contemporary times. It is similarly untenable to conclude…that Boy Scouts — a federally chartered and nationally recognized organization with significant ties to governmental institutions and public entities that fully adhere to contemporary laws rejecting anachronistic stereotypes about homosexuality — remains entrenched in the social mores that existed at the time of its inception.

So, if you are carrying the baggage of “traditional moral values,” you had better get with it, especially in these “contemporary times.” If you happen to incorporate yourself, enjoy respect in the community, and have ties to public entities that “fully adhere to contemporary laws,” you’re in even deeper trouble. If you derive any Mammon from the public, even incidentally, forget about serving God!

Whether the New Jersey Supreme Court ruling will withstand appeal to the U.S. Supreme Court — and the Boy Scouts promise to appeal — is open to question, but this writer thinks the ruling will probably stand. After all, remember that the Supreme Court lectured Colorado voters about trying to ban “special privileges” for homosexuals in their State Constitution. (In New Jersey, a state that is almost 50 percent Catholic, it might seem, theoretically, that the LAD itself could be amended. But translating religious affiliation into public action in New Jersey has been difficult in practice.)

Blueprint for a Catholic Future?

Waiting on the Past

Two more bishops recently weighed in on what measures are appropriate to take against pro-abortion Catholic politicians.