Volume > Issue > Why We Need Teachers 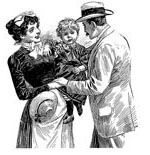 ON THE SOCIABILITY OF EDUCATION

By Mitchell Kalpakgian | September 2020
Mitchell Kalpakgian, R.I.P., a Contributing Editor of the NOR, was the author of numerous books, including The Mysteries of Life in Children’s Literature, The Marvellous in Fielding’s Novels, The Virtues We Need Again: 21 Life Lessons from the Great Books of the West, and The Virtues That Build Us Up: More Life Lessons from Great Literature. Among his numerous teaching appointments, he was professor of literature at Thomas More College of Liberal Arts and Northeast Catholic College, and he taught at Mount Royal Academy in Sunapee, New Hampshire.

The meaning of education, as its Latin root e-ducere signifies, is to “lead out” or “draw forth.” It is difficult to educate oneself, to tap into one’s own powers that remain inactive and undeveloped. People, therefore, require outside influences to educe their latent talents, to cultivate the manners and morals that produce civility and intelligence. Some agent — a parent, teacher, or mentor — must awaken the potential that inheres in a person but remains dormant. These outside agents who function as educators must be present and active in the lives of those they teach. Young men and women require the active energy and constant efforts of their parents, teachers, and mentors. When one of these important educational forces is lacking or absent, a young person’s potentiality for self-knowledge, intellectual development, emotional maturity, and moral judgment suffers. Even orphans prosper more in foster families than in institutions because of the example, influence, and presence of outside agents who have high expectations and provide constant encouragement in the attainment of accomplishments and ideals.

The best initial educational environment is the traditional family with a father and a mother and brothers and sisters. Absent the father or mother, the child’s potentiality does not receive the full nurture and care it needs to bloom into mature manhood or womanhood. Absent brothers and sisters, the child’s sociability does not receive the stimulation it deserves for full growth in the capacity for friendship. Absent the feminine influence in marriage, a man does not acquire the incentive for the virtue of chivalry that honors, serves, and pleases women. Absent the masculine influence in marriage, a woman’s capacity for loving and giving is inhibited. The great works of Western literature attest to these truths.

Homer’s Odyssey depicts the struggles of Telemachus, a son growing up without a father. His capacity for assertion, fortitude, and leadership has not come of age at the beginning of the story. The Suitors are wasting his father’s estate; harassing his mother, Penelope; and filling the cultured palace of his father, Odysseus, with the debauchery of avarice, gluttony, and lust.

Pallas Athene, a goddess in the disguise of Mentes, arrives in Ithaca to engage and energize the passive Telemachus to resist the Suitors’ aggressive plundering of his father’s home and to defend his mother from their solicitations. The goddess addresses her pupil: “You are no longer a child: you must put childish thoughts away. Have you not heard what a name Prince Orestes made for himself in the world when he killed the traitor Aegisthus for murdering his father? You, my friend…must be as brave as Orestes.”