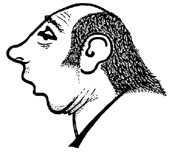 Regardless of one’s opinions of the Buchanan candidacy, some interesting things have bobbed up in its wake. Its most significant result could be a kind of ideological realignment that outlasts whatever happens at the Republican convention. Conservatives, especially Catholic conservatives, are rethinking their support for the free-market principles long associated with “movement conservatism” in the U.S., especially those centering on the “dangers of protectionism.” To be sure, this realignment would turn a large chunk of conservatives into bedfellows — strange bedfellows — with Perotistas and academic Leftists. However, it’s not a question of ideological sellout, but of being mugged by reality.

Sometimes the second thoughts begin as little more than visceral reactions. No question, it can be a queasy experience trying to explain the benefits of free trade to auto workers in Flint or textile workers in South Carolina who’ve just lost their jobs to foreign competition. But there’s an up side. This discomfort can bring into focus why Adam Smith should not be considered the primary luminary in the conservative pantheon and remind us why Edmund Burke has a secure place in that pantheon.

It’s hard to imagine Burke, who was so devoted to local communities, nodding in approval at the sight of entire communities impoverished as a consequence of the pursuit of the sacrosanct “free flow of goods at market prices” in the new “world economy.” Burke didn’t measure national life on a balance sheet. A proud and commonsensible Briton, he was suspicious of the philosophical “truisms” and propositions of those he called, quaintly to our ears, “alien metaphysicks.”

Blue-collar Catholics instinctively recoil at the sight of shut-down factories. Intellectually inclined Catholics with ties to movement conservatism are now also facing up to what to them must be a more consequential dimension of the question. In the 100 years of papal social encyclicals, from Leo XIII’s Rerum Novarum to John Paul II’s Solicitudo Rei Socialis and Centesimus Annus, there is a strand of thought that is hard to miss, even in a casual reading, that cannot be reconciled with the words of modern classical liberals such as Milton Friedman. (Friedman does not call himself a conservative. He knows the difference.)

At some point after World War II, fatherhood went underground in America. The victorious warriors…

The Church Fathers argue that the only justification for holding private property, beyond meeting one’s personal necessi­ties, is to give it away!