Volume > Issue > Which Church Is the Real 'Bible Church'? 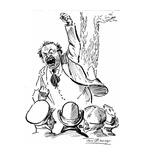 Which Church Is the Real ‘Bible Church’?

ONLY ONE CHURCH FOLLOWS THE BIBLICAL BLUEPRINT

By Frederick W. Marks | June 2018
Frederick W. Marks is the author of 10 books, including, most recently, Confessions of a Catholic Street Evangelist and Pro-Life Champion: The Untold Story of Monsignor Philip J. Reilly and His Helpers of God's Precious Infants.

The opening of the Museum of the Bible in Washington, D.C., last fall was a happy moment in our nation’s history. But it also set me to thinking. Many of our separated brethren — evangelicals in particular, who call themselves “Bible Christians” — pay so much attention to Bible study that almost any apologetic appeal to Scripture is likely to appear “Protestant” in the eyes of Catholics. This despite the fact that Catholicism, in both practice and teaching, has a rock-solid claim to being “Bible based.” St. Teresa of Ávila, who was as Catholic as anyone, is on record as having said that “all the evils of the world come from ignorance of the truths of Scripture in all their clarity, of which not one jot or tittle shall fail.”

The Catholic Church, because she meets all the specifications laid down by Christ for His Church, is the “Bible Church” par excellence! Twenty-four instances of Catholic conformity to the imperatives of Scripture prove this to be so.

1. A good place to begin is with Leviticus 23:3, read in conjunction with Hebrews 10:25. Both of these passages, one from the Old Testament and one from the New, require attendance at weekly assembly, and so does the Church of Rome.

2. Bishops, as well as priests and deacons, figure in the hierarchy of early Christianity (Phil. 1:1), and the Catholic Church has retained all three levels of ordination.

3. The first Christians anointed with oil those who were seriously ill and prayed over them (Jas. 5:14-15), and this, of course, is what Catholic priests do when they administer the Last Rites.