Volume > Issue > The Ass of Burden & the Lion of Conquest 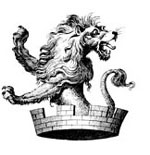 By Edmund B. Miller | September 2012
Edmund B. Miller teaches at Spiritus Sanctus Academy, a Dominican school in Ann Arbor, Michigan, and is president of Guadalupe Partners, a sidewalk-counseling ministry in Detroit.

The situation in 1 Kings 12 could be viewed as a political parody. Rehoboam, Solomon’s son, refuses to change his father’s policies. He will not only continue the practice of forced labor but will intensify it: “My father chastised with whips,” he boasts, “but I will chastise you with scorpions.” Rehoboam’s challenger, Jeroboam, after leading a secessionist rebellion, establishes a separate northern kingdom, which provides more economic opportunity and religious “tolerance” than Re­hoboam’s southern kingdom. In order to pacify the religious desire of the people — and to do so without placing any great burden on them — Jeroboam establishes two compromise sanctuaries at either end of his kingdom, in the cities of Dan and Bethel. “You have been going up to Jerusalem long enough,” he says. These sanctuaries may be considered compromises because both cities had previously hosted Hebrew sanctuaries — the one at Bethel built by Abram, the other by the Danites when they established the city of Dan. Yet, while Jeroboam’s sanctuaries are ostensibly places of Hebrew worship, the objects of worship are more akin to what the Hebrews had long ago left behind in Egypt: At each site, Jeroboam sets a golden calf and an altar of sacrifice.

In form of worship, Jeroboam also hopes to create some sort of amalgam: In order to strike a traditional chord, he “appoint[s] a feast on the fifteenth day of the eighth month like the feast that was in Judah.” On the other hand, in order to carry out the sacrifices, he appoints “priests from among all the people” — not strictly from among the Levites, as Moses had prescribed.

The more conservative southern kingdom of Judah, ruled by Rehoboam, continues both the good and bad of the past: temple worship in Jerusalem and forced labor. Jeroboam’s northern kingdom liberates the people from forced labor, yes, but also from orthodox worship. Re­hoboam, who “did not hearken to the people,” insists on royal authority. Jeroboam, on the other hand, acquires his authority from the people.

1 Kings 12, then, gives the reader a summary of the political and religious division of the Hebrew nation. What follows in the next chapter hardly seems to fit. The spotlight abruptly shifts from Jeroboam and Rehoboam to two nameless prophets who carry out their own strange little drama, occupying little more than a day. The curious tale of the nameless prophets could be a disguised prophecy of the Christ.

The Other Side of Mercy