Volume > Issue > Where Have All the Protestants Gone? 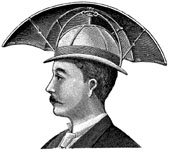 Where Have All the Protestants Gone?

By Thomas Storck | January 2006
Thomas Storck is a Contributing Editor of the NOR and author, most recently, of Christendom and the West: Essays on Culture, Society and History.

Has anyone noticed the almost complete disappearance of Protestants from our nation? “What!” I can hear my readers exclaim, “Storck has really gone off his rocker this time. Why, just down the street there’s an Assembly of God church and two or three Baptist churches and the Methodists and so on. My cousin just left the Catholic Church to become a Protestant and my niece just married one. Moreover, evangelical Protestants have many media outlets of their own and they have great influence in the Bush Administration. They’re everywhere.” All this, of course, is true. Except that for some time, they no longer call themselves Protestants, but simply Christians, and increasingly they’ve gotten Catholics to go along with their terminology.

I recall over 10 years ago when I was a lector at Mass, for the prayer of the faithful I was supposed to read a petition that began, “That Catholics and Christians….” Of course, I inserted the word “other” before “Christians,” but I doubt very many in the congregation would even have noticed had I not done so. Just the other day I saw on a Catholic website an article about a Protestant adoption agency that refused to place children with Catholic parents. The headline referred not to a Protestant adoption agency but to a Christian one. And how often do we hear of Christian bookstores or Christian radio stations or Christian schools, when everyone should know they are Protestant ones?

Now, what is wrong with this? Well, it should be obvious to any Catholic — but probably isn’t. Are only Protestants Christians? Are we Catholics not Christians, indeed the true Christians? About 30 years ago, Protestants, especially evangelicals, began to drop the term Protestant and call themselves simply Christians as a not too subtle means of suggesting that they are the true and real Christians, rather than simply the children of the breakaway Protestant revolt of the 16th century. This shift in Protestant self-identification has taken on increasingly dramatic proportions. A recent Newsweek survey (Aug. 29-Sept. 5, 2005) found that, between 1990 and 2001, the number of Americans who consider themselves “Christian” (no denomination) increased by 1,120 percent, while the number of those who self-identify as “Protestant” decreased by 270 percent.

But perhaps I am getting too worked up over a small matter. After all, are not Protestants also Christians? Yes, I do not deny that. But usually we call something by its most specific name.