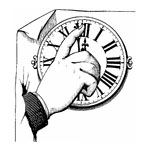 When Prophets Don’t Pass the Test

THERE ARE SOME MYSTERIES MATHEMATICS WON'T SOLVE

By William F.E. Mahoney | July-August 2011
William F.E. Mahoney is a doctoral candidate at the University of Adam Mickiewicz in Poznan, Poland. He earned an M.A. in philosophy at the Franciscan University of Steubenville, as well as an S.T.L. in biblical theology and an S.T.L. in dogmatic theology at the Angelicum in Rome. He has taught at the high school and college levels and has worked in translation, editing, and writing.

It was around 5:30 PM. I was sitting in a Japanese restaurant anxiously awaiting a plate of sushi. A sense of urgency overcame me as there were only thirty minutes remaining to enjoy this farewell meal, since — if doomsayer Harold Camping’s biblical calculations were correct — the world was quickly approaching its cataclysmic end at 6 PM. By 9:30 PM I had to face the fact that Camping had made an error in his calculations. One thing, however, was unmistakable: the sushi was delicious.

This was not the first time that Camping, an evangelical preacher with a radio station based in Oakland, California, was wrong about the presumed end of the world. He had made a similar prediction for the year 1994, which also passed into the annals of past moments in which the world might have ended. Prior to the passing of 6 PM the evening of May 21 — the predicted “Judgment Day” — Camping was questioned about his failed 1994 prediction, to which he responded: “I am not embarrassed about it. It was just the fact that it was premature.” In the same interview, he reassured us of the accuracy of his latest calculations: “There is…no possibility that it will not happen.” Of course, now there is no possibility that it will happen. Camping’s second failed attempt at haphazardly using the Bible to calculate the end of the world must now be added to the rather lengthy list of other such failed predictions.

This type of fallacious forecasting is nothing new. For example, William Miller, a Baptist preacher, predicted that Jesus Christ would return sometime in the year 1844, while Samuel S. Snow specified the day as October 22 of that year. These predictions were based on an obvious misinterpretation of the Old Testament prophet Daniel, and the event became known in history books as “the Great Disappointment” after many had sold all their belongings in anticipation of a day that passed uneventfully into the next one.

Where eternal rewards and punishments are concerned, are we more tenderhearted and clear-eyed than our forebears in faith -- than God Himself?