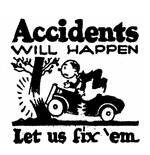 WHAT IS HAPPENING TO NOTRE DAME?

By L. Scott Smith | December 2009
L. Scott Smith, a Texas attorney and an ordained Disciples of Christ clergyman, is the author of America Unraveling: A Politically Incorrect Analysis of Public Faith and Culture (Father's Press, 2008).

The University of Notre Dame rolled out the red carpet for U.S. President Barack H. Obama at its May 2009 commencement ceremony. Notre Dame not only invited the President to address the attendees of the event but bestowed upon him an honorary Doctor of Laws degree as well. Administrators, upon first announcing these intentions, provoked indignant and furious protests from many Catholics and others who support the school. Over 350,000 of them, in fact, petitioned the university’s president, Fr. John I. Jenkins, C.S.C., to retract the invitation, but he refused to do so. None of this kept the most casual and neutral observer from readily grasping the anomaly. Could it really be that a U.S. President who unreservedly supports the Freedom of Choice Act and, while an Illinois state senator, was outspoken in his opposition to the Born Alive Infant Protection Act, was to be honored at America’s flagship Catholic university? Some onlookers wondered whether this turn of events signaled a fundamental change by the university in social and moral consciousness. Those dedicated to the Church’s teaching on abortion were also asking a question already reverberating through the sanctums of its hierarchy: “What gives?” or, as Charles E. Rice entitled his recent book on the subject, What Happened to Notre Dame?

Rice, Professor Emeritus of Law at Notre Dame, explores the roots of this controversy. He traces them to a statement that emerged from a gathering of priests and academicians held in 1967 at a university-owned conference center in Land O’Lakes, Wisconsin. The event took place under the auspices of the North American region of the International Federation of Catholic Universities, which was then led by none other than Fr. Theodore M. Hesburgh, C.S.C., president of Notre Dame at the time. The “Land O’Lakes Statement,” as it was called, trumpeted the importance of “true autonomy and academic freedom in the face of authority of whatever kind, lay or clerical, external to the academic community itself.” Might this have heralded a crucial change at Notre Dame?

A new institutional identity did indeed follow. The university aggressively made the transition from a “teaching” to a “research” institution. By 2009, 53 percent of its faculty described themselves as Catholic, compared to 80 percent in the 1970s.

In the process of assuming its new character, in 1984 the university invited New York Governor Mario Cuomo to address the issue of abortion from the perspective of a Catholic public official. In his address Cuomo boldly distinguished between public and private morality. He took the position that one can be “personally opposed” to abortion and at the same time publicly support it as an option for others. Illinois congressman Henry Hyde spoke at the university eleven days later, taking a position radically opposed to that of Gov. Cuomo. But Hyde’s address was relegated to the student lounge in the basement of the law school, while Cuomo’s took place in Washington Hall. The governor’s address was widely publicized whereas the congressman’s passed by in virtual obscurity.

Thereafter, the “autonomy” of the university continued to be reflected in the events it sponsored. There was in 1989, for example, a public screening of The Last Temptation of Christ, an adaptation of Nikos Kazantzakis’s controversial, iconoclastic novel, which scurrilously depicts Jesus wrestling with temptations, sexual ones among others. Then, beginning in 2006, there was the initiation of a campus-wide discussion of academic freedom in the context of both The Vagina Monologues, Eve Ensler’s play about feminine empowerment and individuality, and the Queer Film Festival, a promotion of gay and lesbian movies with tolerance for all sexual orientations. There is, of course, nothing objectionable about a discussion of academic freedom, but why conduct the discussion in the context of a play that coarsely objectifies women by equating them to their genitalia, and films that graphically applaud homosexuality? This seems analogous to the suggestion that a robust exchange of views regarding healthy personality development begins with the pornographic depiction of a violent childhood rape in order first to demonstrate what healthy personality development is not. Behind Notre Dame’s newfound autonomy there appears to be an unspoken impetus yearning for analysis.

In light of these and similar episodes, Rice emphasizes that the university’s honoring of President Obama cannot be properly viewed as an isolated event, nor dismissed as a mere outlier, but is best interpreted as the culmination of an incremental process executed in the spirit of the university’s newfound identity. It is an identity framed by the shibboleths of liberalism itself  boundless “autonomy,” “academic freedom,” “dialogue,” “openness,” and of course “tolerance.”