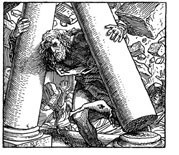 IT'S TIME TO TRY SOMETHING ELSE

By Marian E. Crowe | June 2001
Marian E. Crowe has taught for 14 years as an adjunct assistant professor at the University of Notre Dame. She is currently a Visiting Scholar in the Program of Liberal Studies at Notre Dame.

I would love to see a world where stores weren’t open on Sunday and all families sat down together for a home-cooked meal every night. But it’s not going to happen. I would also love to see a resurgence of the old-style Catholic college — idyllic, pastoral campus; lots of brothers and nuns in habits and priests in clerical garb; morning Mass; crucifixes on all the walls; prayers and the Sign of the Cross before every class; students studying Dante, Aquinas, Jacques Maritain, and Graham Greene. But it’s not going to happen. Oh yes, there still are some Catholic colleges that fit that description — a few of which have been founded rather recently — but, sadly, such colleges just do not represent the wave of the future in Catholic education.

One reason we won’t see a resurgence of such colleges is because more and more Catholic colleges, in the face of financial pressures and declining enrollments, are closing. Recently, Newsweek, in reporting on the closing of Trinity College of Vermont, revealed that 52 small colleges, many of them Catholic, have closed since 1986. The larger Catholic universities have been able to attract new sources of funding, maintain economic viability, and attract students; but many critics believe they have done so at the expense of their distinctive Catholic identity, and have become little more than secular universities with a little Catholic window-dressing.

Ex Corde Ecclesiae is an attempt to reverse this secularizing trend. Its critics claim that supporters of juridical norms (specifically the mandatum) are guilty of a simplistic and naïve belief that juridical rules will ensure the Catholicism of colleges, but such a claim is disingenuous. Still, even the most ardent supporters of Ex Corde Ecclesiae know that the mandatum is no “quick fix,” but a necessary first step, an essential part of the difficult and complex process of retrieving a strong Catholic character in our institutions of higher learning. Yet, even with the full implementation of Ex Corde Ecclesiae, it is unlikely that there will ever again be a sizable network of distinctively Catholic colleges and universities.

The low level of faith among American Catholics is the primary cause of the loss of a strong Catholic character at Catholic colleges. In 1977 America magazine reported on a study conducted by the Office of Pastoral Research of the Archdiocese of New York. According to the article, the study concluded that “The single most important factor that distinguishes those who remain regular churchgoers from those who are not is a matter of belief” (America, Feb. 26, 1977). The article elaborated:

Perhaps it is unrealistic to think of supporting scores of Catholic colleges in our secular society. Perhaps 10 to 15 is more realistic.