Volume > Issue > What the Revolution Has Wrought 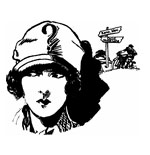 What the Revolution Has Wrought

By Tom Bethell | September 2015
Tom Bethell, a Contributing Editor of the NOR, is the author, most recently, of Eric Hoffer: The Longshoreman Philosopher (Hoover Institution Press, 2012).

If Olympic decathlete Bruce Jenner’s widely celebrated “transformation” into a woman has taught us anything, it’s that the mainstream media consistently represent each new iteration of the sexual revolution as a good thing. They never inform us of a downside, or an unintended consequence. Each new “triumph” means further breakdown of outmoded religious restraints, allowing equal and instant gratification for all. Reportage of the Supreme Court’s recent Obergefell v. Hodges decision, in which it legalized same-sex “marriage” across the nation, reinforced this pattern: Sodomy has been put on a par with procreation.

The activist promoters of the revolution are at least consistent, for they really are revolutionaries. But the great majority of Americans, of course, are not activists. Call them the Silent Majority. Reasonably enough, most fear activist displeasure more than they hope for traditionalist support. So they are deferential and submissive. Our revolutionaries therefore meet no resistance, and that encourages them to press for further gains. In short, the activists have been winning. Opponents, we are told, are “on the wrong side of history.”

The main elements of the revolutionist agenda are: the enshrinement of same-sex marriage into law; the urgent need to keep abortion legal (it’s a “women’s issue,” we are told); the (absurd) claim that there are no real differences between the sexes (claimed differences are mere “cultural constructs”); the demonizing of all criticism of homosexuality (replacing a taboo against defending it); and the pretense that we are free to change our gender any time we wish.

Lest we forget, it is important to remind ourselves that heterosexuals have done more than homosexuals to undermine traditional marriage. “Straights” set a bad example by embracing first divorce, then artificial contraception, and finally abortion. To the extent that Americans are still having children (many now choose the childless life), over forty percent are now born out of wedlock. Homosexuals merely took the opportunity to build on the bad precedents set by heterosexuals’ cavalier treatment of the institution of marriage.

Unconditional Love — But Not for Your Spouse

When it comes to marriage, liberals throw all that out the window.