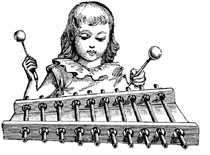 The Church has always taught that one can become a saint as surely in marriage as in a monastery. That fact becomes more obvious to me the longer I live in a monastery, especially since I met Anne and Tom Gunn.

The island on the northern tip of Nova Scotia is known for the liveliness and warmth of its inhabitants, but Tom and Anne are remarkable even by Cape Breton standards. They live with their eight children in a house Tom built himself, in the midst of a L’Arche Community of 45 people, many of them handicapped, who have come together to share the blessings and burdens of life. The joy that permeates their family and community does not mean there is no sorrow; it grows out of the deep bonds of love that have come from bearing their pain together.

Tom and Anne were 22 years old when they got married, and knew they wanted to give their lives to something bigger then themselves. They had known each other since high school, when they both belonged to Young Catholic Students (YCS). Tom is the son of a United Church minister, and one of their high school friends says Tom came to YCS because he had a crush on Anne. Tom was struggling with his faith intellectually, and Anne’s simple faith in Jesus bloomed as she shared it with Tom.

In 1974 their lives changed radically when they heard Jean Vanier speak in Halifax. Vanier is the founder of L’Arche, a group of communities where handicapped “core members” and more able assistants share life as families united in Christ. Vanier spoke of the gifts that handicapped people have to offer the world. Tom says, “He was the first person I’d ever met who was living completely what he talked about. He spoke about Jesus as if he really knew Him.” Anne says, “It made me feel both wonderful and miserable, because it stirred up so much. It took a whole year to digest it.”

There Goes the Village

Not long after the same-sex marriage battles have begun we are beginning to hear promotion of polygamy, three-parent laws, and even talk of legal incest.