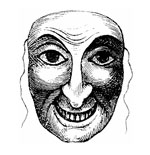 By Paul Catalanotto | May 2008
Paul Catalanotto is studying for an M.A. in theology from the University of Notre Dame through the theology department's ECHO program. As part of the program, he has been assigned to live and work in a parish church in Wilmington, Delaware.

The Rapture: A non-Catholic theological belief that proposes that Christ will come secretly and unexpectedly — “like a thief in the night” — in order to save those people who have authentically accepted Him as their personal Lord and Savior from suffering the tribulation that the world and Church will go through before His second coming.

Apart from the obvious theological problems surrounding the idea of a rapture, as well as its sketchy, non-biblical origins, there is one issue about the rapture that is often overlooked or not considered by most Christian apologists and theologians: the rapture fails to reconcile suffering in Christian theology. Any casual reader of the Bible can easily see that suffering is an ongoing theme that is present in almost every book of the Bible, that suffering plays a crucial component in biblical theology. The rapture, however, does away with suffering, and therefore does not fit into biblical theology.

It is not surprising that belief in the rapture has become popular — it is everywhere: TV, radio, books, magazines, etc. It is almost impossible to avoid non-Catholic preachers who profess and promote belief in the rapture. Due to its prevalence in Protestant theology (particularly in the evangelical sects) and its seeming omnipresence, it is clear that rapture theology is seeping into all parts of Christian theology.

What is it about this teaching that is so appealing that it works its way into the staunchest of Christian minds? Simply, rapture theology claims to offer God’s mercy and salvation from suffering. Every person desires God’s love and mercy (whether they know it or openly deny it), and it is human nature to try to avoid suffering: nobody likes being in pain. That being the case, how can the rapture not be appealing? It gives without asking anything in return.