Volume > Issue > What Is the Anglican Patrimony? 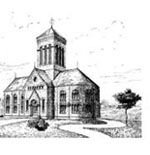 What Is the Anglican Patrimony?

By Martha C. Eischen | May 2012
Martha C. Eischen, a lifelong Anglican, came into the Catholic Church in Advent 2010. She is a retired business owner who now serves as an advocate for the elderly. Her writing includes her recently published book, Mothering Mother: A Daughter's Experience in Care­giving, in which she shares the sacred journey to the end of life, caring for her mother.

At last summer’s presentation of Pope Benedict XVI’s apostolic constitution Anglicanorum  Coetibus to the United States Conference of Catholic Bishops in Washington, D.C., one of the bishops asked, “Just what is the Anglican Patrimony?” It was not exactly clear to him to what the Holy Father was happily opening up the doors by allowing groups of Anglicans to enter into full communion with the Roman Catholic Church while retaining their customs and traditions. Yet the Pope is certain that Anglicanism’s rich heritage of worship and hymnody will add significantly to the expression of the Catholic faith. As someone who spent the first 71 of her 73 years as an Anglican, I would like to give a humble layman’s explanation of the character and mystique of Anglicanism.

I was received into the Catholic Church on Advent Sunday, November 28, 2010. It was a most blessed day, shared by some of my family, friends, and my priest. I have been the beneficiary of great grace and blessing as I have journeyed in my new “home.” My parish is Our Lady of Lourdes in Philadelphia. We are surrounded by so much of what I grew up with as an Anglo-Catholic that I hardly know that I am “across the Tiber.”

I was born into a devout family of Episcopalians, one of six children. My parents raised us in the faith, and they lived it daily. Two of my father’s brothers were Episcopal priests, one a religious in the Society of St. John the Evangelist in London. To be fair, ours was not a normal upbringing; we were extraordinarily blessed. My father often said of his own roots, “The lot has fallen unto me in a fair ground; yea I have a goodly heritage” (Ps. 16:6). Ours was just that: We were raised, it would correctly be said, in the glory days of Anglo-Catholicism. For many years I worshiped at the Anglo-Catholic Church of the Good Shepherd in Rosemont, Pennsylvania; I know former rector Fr. Jeffrey Steenson, recently named the ordinary for the Personal Ordinariate of the Chair of St. Peter, the American branch of the Anglican Ordinariate, very well.

Why did I “abandon” my roots after so many decades? Simply put, the disintegration of moral values that has wracked our society has become the norm in the Episcopal Church, for certain, but also in the wider Anglican Communion. Like so many Anglicans, the implosion spoke loudly to me regarding ecclesiastical discipline and authority. A question burned in my heart: Why I was out of communion with the homeland of Holy Mother Church, the See of Peter? The more I prayed, the clearer the answer became. So I took the “venture of faith,” as Bl. John Henry Cardinal Newman called it, and entered the Catholic Church, bringing with me all that shaped my Christian identity, all that was given to me as my “goodly heritage.”

The idea attempts to describe the signs of the Church in its wounded state, a state with difficulties that could be far better dealt with if no schisms had occurred.

Anglicanism, Catholicism & The Significance of the "Anglican Use" in The Catholic Church

Although I am a professional historian, with a specialization in 16th-century England, I have had…

The Crisis of Anglo-Catholicism in England

The November 11, 1992, vote of the General Synod of the Church of England to…