Volume > Issue > What Is Free Time For? 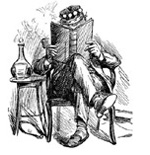 What Is Free Time For?

By Kevin Duffy | March 2013
Kevin Duffy is a Master's degree candidate at the Ken­nedy School of Government at Harvard University.

Leisure, the Basis of Culture. By Josef Pieper.

It has often been noted that we citizens of the modern world are beset by the evils of constant electronic distractions, the perils of uninterrupted connectivity, and the dehumanizing effects of online everything. It has been noted so frequently, in fact, that we are now beset by a glut of works — books, movies, magazine articles — telling us how and why to slow down, take a break, go off the grid, find ourselves, and so on. Thus we are witness to a new kind of phenomenon: That which is meant to challenge conventional wisdom has itself become conventional wisdom, devoid of originality or the ability to stimulate the intellect in any meaningful way. That is, while there is an abundance of material telling us to reject unending busyness and electronic overstimulation, there is a concomitant dearth of quality. These works seek to give us refreshment by challenging the norms of corporate ladder-climbing and iPhone obsession and by showing us the value of something else, something truer, purer, more rewarding. Alas, most of them consist of nothing more than a series of pat aphorisms and platitudes — think inspirational writer Mitch Albom or self-help bestseller The Secret — that are as enlightening as an average evening of network television.

A refreshing break from all these refreshing breaks can be found in Josef Pieper’s Leisure, the Basis of Culture. Although written over a half-century ago, it offers a more thorough and convincing argument for a genuine shift in priorities than any contemporary work. What sets Pieper’s presentation apart from today’s competing tomes is, among other things, its intellectual heft. It is the work, after all, of a serious and renowned Thomist philosopher, far above the realm of the pedestrian Eat, Pray, Love. This should not scare off the casual reader, however, as Leisure is both accessible and brief — it could be described as a long essay.

Most importantly, what distinguishes Pieper’s work from the stacks of modern pseudo-intellectual tracts on display in our bookstores is its philosophical bent. Simply put, he guides the reader toward the specific, not the vague. He urges us to view our free time not as an opportunity to experiment with variegated forms of stress relief but as an opportunity to recognize and ponder God, and all things true that flow therefrom. There is no fuzziness in Pieper’s presentation: “Leisure draws its vitality from affirmation,” he notes. “It is not the same as non-activity.”

Over against leisure, or the life in which leisure is possible, is the world of “total work” and “total labor,” the most common modern embodiment of which is the incapable-of-putting-down-the-smartphone friend (you know you’ve got one). Defining ourselves by work, writes Pieper, makes us functionaries, never able to comprehend things outside of our own realm of effort. In discussing this paradigm, he delivers a simple yet eloquent message about the overestimation of our own contribution to truth: “If to know is to work, then knowledge is the fruit of our own unaided effort and activity.” This is not, he notes, to say that effort is not needed to understand various aspects of life, only that “the effort is not the cause; it is the condition.” In a world where some things are quite simply true, “knowledge is not confined to effort of thought.” We are not the sole source of all our own knowledge: “Everything gained and everything claimed follows upon something given.”