Volume > Issue > Waking Up the Seminaries 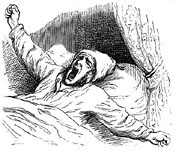 THE KEY TO CHURCH RENEWAL

By Charles James | December 2004
Charles James is an Associate Professor of Philosophy and the Moderator of the Ecclesiastical Degree Programs at St. Patrick's Seminary in Menlo Park, California.

I had no idea that my students would respond so enthusiastically to the course. It was the required course in epistemology that every seminarian takes in his first year at St. Patrick’s Seminary. Most of the incoming students don’t even know how to pronounce the name of the course, let alone ask questions about the subject matter. Epistemology (sometimes called the theory of knowledge) is the branch of philosophy that examines the nature of our knowledge, its justification and scope. It is the course in which we ask such questions as: How can we verify what we claim to know? or, Can we have knowledge of things beyond the physical world such as the nature of God or the character of time and space? The seminarian must have confidence that he can wrestle with such questions long before he attempts to study theology, because theology presupposes that the human mind can reach into the spiritual world. Moreover, he must have confidence in his intellectual abilities when he stands in the pulpit to teach his people the Gospel.

Usually seminarians trudge through epistemology like a sprinter in a mud bath. It is not a “fluff course.” It tries to develop their philosophical skills, but probably develops their virtue of patience much more. This past semester I decided to introduce them to the 20th-century French Thomist philosopher Jacques Maritain. Maritain famously tried to revive the thinking of St. Thomas Aquinas at a time when it seemed the whole Church was cutting herself loose from the shackles of tradition. Thomas had long been the mighty spiritual and intellectual genius of the Church who created that profound synthesis between the ancient Greeks and the Christian faith. In so doing he laid the foundation for an intellectual continuity between Greek civilization and the modern world. This intellectual foundation served — and still serves — as a basis for a single “deposit of faith.”

Responding to Pope Leo XIII’s encyclical Aeterni Patris (1879), which called the Church back to the Angelic Doctor’s thinking, Maritain formulated a philosophy of knowledge which justified both science and religious truth. Here was a theory of knowledge that made room for both the findings of science and the revealed truths of sacred Scripture. Furthermore, Maritain argued that even the visionary apprehensions of the mystic could be justified by Maritain’s philosophy. His was a unified theory of knowledge which began, as Thomas’s did, with the perceptions of our five senses extending all the way to a mystical foretaste of the beatific vision. Maritain saw no philosophical reason to deny that the same mind could, at the same time, honor both God and science.

When my students began to study Maritain’s approach, I watched them literally rejoice before me. They were excited as they realized that they no longer had to think of theological knowledge as a second-class citizen in the community of intellectual disciplines. In fact, with Maritain’s help, they saw that without God, the integration of intellectual disciplines is impossible. There is no possibility of a uni-versity (or a uni-verse) without acknowledging the integrating component of God, the Author of all truth. My students were overjoyed to read a philosopher who was not defensive about the Catholic faith, but who asserted the faith with both intellectual and spiritual integrity.

Most significantly, the seminarians saw that their own lives could be spiritually awakened and thoroughly renewed if they could integrate those two supposedly antagonistic components of their souls, namely, their faith and their reason. They began to realize that their intellectual lives and their sense of a vocation need not be adversaries, but can work together and support each other. They began to believe that what St. Paul said was possible: “Do not be conformed to this world but be transformed by the renewal of your mind, that you may prove what is the will of God, what is good and acceptable and perfect” (Rom. 12:2). And although they had all read John Paul II’s Fides et Ratio, where the Pope proclaims an essential collaboration between faith and reason, only when they understand Maritain did they see how this was intellectually possible for them.

Although the number of bachelor’s degrees conferred in philosophy in the U.S. is small compared…

The Cloud of Witnesses Speaks

What distinguishes the transitive and intransitive dimensions of action? For Aristotle and Aquinas, any action…