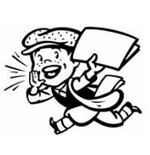 ON RESISTING EVIL BY FORCE

By Jason M. Morgan | May 2022
Jason M. Morgan, a Contributing Editor of the NOR, teaches history, language, and philosophy at Reitaku University in Kashiwa, Japan. He is the author, most recently, of Law and Society in Imperial Japan: Suehiro Izutarō and the Search for Equity (Cambria Press, 2020).

The Russian invasion of Ukraine has forced back into view some of the hardest questions a Christian will face. Where does violence fit, if at all, in the Christian communal life? If, God forbid, the need should arise, is it licit for a Christian to resist evil by force, to take up a weapon and kill an aggressor? If there is a war, may the Christian point his gun at an enemy and fire?

Ivan A. Ilyin, a Russian philosopher, legal scholar, and devout Orthodox Christian, had to find answers to these questions in his own time. Ilyin (1883-1954) was a White Russian, a member of the group opposed to the Bolshevik revolution. Exiled from Russia by the Bolsheviks (the “Reds”), Ilyin immigrated to Germany, where he kept abreast of the communist takeover of his beloved homeland from afar. A Hegelian by training, Ilyin had a typically fascistic view of the state, which led him to embrace Hitler as an antidote to Bolshevism. His hopes were, of course, dashed. It could not have been otherwise. Ilyin was a Christian before he was a Hegelian, so Hitler was bound to end up appalling him — which he did, and more.

Later exiled from Germany by the National Socialists, Ilyin ended up in Switzerland, where he passed the remainder of his days. The White Russians, as well as the German National Socialists Ilyin had once admired, battled the Bolsheviks but lost, and Ilyin died not long after Stalin had finished consolidating control over Russia by means of unholy terror. What does one do when one’s country is overrun by men such as these? May one kill the usurper, take the life of the man who takes the lives of others?

These questions are of deep import for Christians, but Ilyin’s interest in them was not purely religious. He had political motivations as well. Yes, Ilyin was against all things Bolshevik, but this does not mean he was not a Russian maximalist. (Vladimir Lenin, it should be noted, evinced a deep respect for Ilyin’s political philosophy. As a Marxist, Lenin was a Hegelian, too.) On the Ukraine question, Ilyin was almost a fanatic. Ukraine was organically part of Russia, he believed. This may explain why many have seen in Ilyin a kind of “guru” for current Russian President Vladimir Putin, who went so far as to have Ilyin’s remains disinterred from his Swiss resting place and reburied in Moscow, in the heart of the Motherland.

Thou Shalt Not Do Nuclear Murder, Nor Intend To