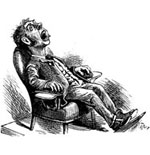 Turning Catholics into a Stiff-Kneed People

THE VIEW FROM WAY DOWN IN THE PEW

Ed. Note: Throughout 2017, in commemoration of our fortieth year of publication, we are featuring one article per issue from past eras of the NOR. This article originally appeared in our July-August 1999 issue (volume LXVI, number 7) and is presented here unabridged. Copyright © 1999.

The Lord told Moses, “I will send an angel before you to the land flowing with milk and honey. But I myself will not go up in your company, because you are a stiff-kneed people; otherwise I might exterminate you on the way. When the people heard this bad news, they went into mourning.” — after Exodus 33:1-4

There are many perceived divisions among Catholics in America. And there is one division that has not, so far as I know, been perceived at all. Whether it warrants attention, you may judge for yourself. I refer to the split between Pedalists and Manualists. Picture an ordinary Catholic who comes into church, enters a pew, and prepares to kneel. If the kneeler in the pew has been swung up off the floor, it must be brought down into the ready position. Some worshipers achieve this manually, by reaching down, grasping the kneeler in one hand, and lowering it to the floor. Others proceed pedally: They stand straight up, place one foot beneath the kneeler, lift, and swing the kneeler gently down.

I’ve seen no editorials in the conservative Catholic press praising Pedalism, no articles in liberal Catholic magazines maligning Manualism. The lack of Catholic punditry on the matter is understandable, for it’s not clear where the usual labels or libels (Traditionalist, Modernist, Liberal, Restorationist) would apply. Both Pedalism and Manualism can be observed in practice within a single parish community — in fact, within a single family in a single pew — with no signs of friction, or even of awareness.

My impression is that among American Catholics, Pedalists outnumber Manualists, but this is just a guess, and without data from Fr. Andrew Greeley I wouldn’t dare to engage in further quantitative speculation. Personally, I practice Pedalism. I mean no offense to Manualists, but I have tried Manualism and it has its drawbacks. Manualism requires bending forward, which could mean clunking your head on the pew in front of you. It also involves grasping the kneeler with the bare hand, which means a chance of touching some child’s old chewing gum or a smear of unmentionable matter deposited by someone’s shoes. Therefore I am Pedalist by preference, though I can worship in Manual mode if necessary.

It’s probably safe to conclude provisionally that the split between Pedalist and Manualist is just a charming difference in customs — akin to the way Catholics are divided, without recrimination, over the sainted bishop of old Hippo, with some calling him UhGUStin and others AWEgusteen; or the way some Catholics end the Sign of the Cross by bringing the thumbnail to their lips, while others end it at the shoulder. In any case, I’ve grown used to the piquant diversity of worshiping with both Manualists and Pedalists, and I have privately added this minor division to the major divisions (Jew/Greek, slave/free, man/woman) that St. Paul says the One Body of Christ holds, heals, and overcomes in Baptism.

Review of The Search for Society

Reviews of Augustine Through the Ages: An Encyclopedia... Schall on Chesterton: Timely Essays on Timeless Paradoxes... Who Owns America? A New Declaration of Independence...