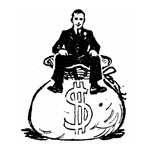 There’s been a mea culpa craze among bishops’ conferences lately, sometimes explicitly expressed and sometimes shown only through actions. New York’s Archbishop Timothy Dolan, president of the U.S. Conference of Catholic Bishops, spoke plainly about the collective “grievous fault” of the bishops at their annual November confab in Washington, D.C. In his opening speech he remarked, “One thing both sides of the Catholic ideological spectrum at last agree upon is the answer to this question: Just who is to blame for people getting mad at or leaving the Church? Their unanimous answer?” He looked out at his three hundred brother bishops and spread his arms with a smile, saying, “Nice to meet you!” (Religion News Service, Nov. 14, 2011). In a world where powerful men rarely admit their mistakes, a display of measured humility delivered with humor is refreshing.

On the other side of the Atlantic, the mea culpas have been less audible. The German bishops have recently changed course on some disastrous decisions, which shows some humility, albeit of the embarrassed, forced variety. This past autumn a German publishing-industry newsletter called Buchreport revealed that Weltbild, Germany’s largest bookseller (after Amazon), worth billions and with 6,400 employees, is owned by the Catholic Church in Germany. What could have been a business-acumen feather in the bishops’ proverbial hat instead became an albatross around their ecclesiastical necks.

According to The Independent (Nov. 5), the German Church bought Weltbild more than thirty years ago. The publisher grew into one of Germany’s largest media companies, and in 1998 it merged with five other publishing houses that include pornographic titles among their many offerings. One of the five, Blue Panther Books, was excluded from a list of participating publishers at the Frankfurt Book Fair allegedly because of the pornographic content of its titles.

Weltbild’s business website has this to say about the company’s culture: “The company faces the daily challenge of harmonizing its Christian world view with the requirements of the market in a convincing manner. It focuses strongly on its values.” It names its shareholders as “12 Catholic dioceses in Germany, the Association of German Dioceses and the Berlin military chaplaincy.” Unfortunately, its online retail website, which presents a pretty, family-friendly face, has harbored its “red-light districts” as well. Weltbild’s huge assortment of titles available to customers online includes some 2,500 “erotic” books with lewd titles such as Sluts Boarding School and Lawyer’s Whore. The website also shows full-color book covers that feature scantily clad women in high heels.

The mark of Christians is to stay recollected in faith, hope, and charity, and in the knowledge that there are things worse than death, such as sin.

In his book review in the April NOR, Dale Vree asked rhetorically, “Who is God…