Volume > Issue > "Thou Shalt Not Be Judgmental" & Other Postmodernist Notions 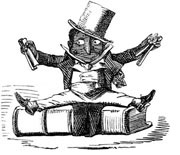 “Thou Shalt Not Be Judgmental” & Other Postmodernist Notions

THE REGRESSION TO BARBARISM

Some say postmodernism defies definition. They are right. The word is a catchall for a hodgepodge of ideas and sentiments, some worthwhile, some seriously flawed, some bizarre. Postmodernism, in my view, is a transition period between the modern era, which is ending, and the next phase of history, whatever that will be.

It is impossible to draw precise boundaries between eras, but it is generally accepted that the modern age began in the 1600s, and I would predict that the transition through what we are calling postmodernism will not be complete for another century. During this time we will be engaged in the messy business of revising our worldview. In ordinary language, that’s our conception of what the world is really like; in postmodernese, it’s our “meta-narrative.” Many ideas and values and principles are vying with one another to become the governing themes of the next historical period, each promoted by academics, gurus, publishers, marketers, pundits, and would-be culture-framers of every stripe. How does one sort through it all?

To me the salient principle, which this article illustrates, is that postmodernism as we know it today is composed essentially of extreme reactions to the perceived extremes of modernism. Listed below are some comparisons between excessive modern and excessive postmodern doctrines. Not everyone in the modern period, of course, espoused extreme philosophical positions, nor is every postmodernist characterized by extremism. But a display of the extremes of each camp may aid us in understanding where we now are.

Officers of the New Regime

When ordinary folks like your son, your wife, or your grandmother agree with the Harassment Specialists and Chief Purpose Officers, then the political is personal.