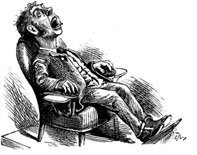 Contagious Faith: Why the Church Must Spread Hope, Not Fear, in a Pandemic

Barbara E. Rose is Associate Editor and Web Editor of the NOR.

Would you say there was room for improvement in the American Church’s handling of the COVID-19 crisis? Veteran journalist Philip Lawler, founder and editor of the independent online news service Catholic World News, thinks so. His new book, Contagious Faith, evaluates the decisions of American churchmen and makes the case that fear, caused by widespread lack of faith, was “deadlier than the disease itself.” In his view, the Church “choked off” life-giving sacraments when we needed them most. As the book’s subtitle implies, Christ’s Church is a storehouse of hope amid all the world’s ills, but in the case of COVID-19, that hope was hidden away. In short, our Church leaders, for the most part, put aside the examples of bold saints like Damien of Molokai and Teresa of Calcutta and instead chose to join the collective freak-out.

Lawler, being a great journalist, knows the value of a choice quote. He includes a few that well encapsulate the absurd aspects of 2020 — seen from a Catholic point of view — such as this “new Covid commandment” formulated by theology professor Douglas Farrow: “Thou shalt love thy neighbor by staying well away from him, lest thou pass on a virus that might kill him.” Another representative snapshot is Knoxville Bishop Rick Stika’s warning, in December 2020, to pew-sitters who might dare take off their masks during Mass: “I have instructed our priests to stop the celebration of Mass until the masks are worn.” Contagious Faith, however, does not dwell on such disproportionate rhetoric; the book’s thesis is broader than that.

Without at all denying that the virus is real, Lawler examines the fear that paralyzed large segments of society. Yes, the virus is real, and so was the fear, at off-the-chart levels. A large chunk of the population got stuck in the media’s doom-loop and could envisage salvation only via government mandate. American culture, accustomed to shelter from uncomfortable thoughts, was bound to be undone by a news cycle centered on death. But the mark of Christians, Lawler argues, is to stay recollected in faith, hope, and charity, and in the knowledge that there are things worse than death, such as sin. We are not free in a pandemic to turn to such pursuits as scapegoating risk-takers or treating our neighbors — all our neighbors, every day — as lepers.

What was the institutional Church’s message in the Year of COVID? Mostly that people should steer clear of Mass and the sacraments. Vatican officials were preoccupied by graying Italy’s plight, and Lawler describes a July 2020 statement by the Pontifical Academy for Life as “vapid rumination.” At the diocesan and parish level, one question presented itself: Is Mass essential or not? On this, Lawler says, Church leaders fell into “a familiar trap: defining the common good as it was perceived by secular leaders.” Mass and most other sacraments were taken away. The error in the rationale behind canceling Masses is encapsulated in Farrow’s term health-first heresy, or belief that “care for the body trumps care for the soul.” But while locked church doors were common at the parish level, Lawler is careful not to blame pastors, many of whom earnestly aimed to feed their sheep. Bishops, though, are a different story.

Comfortable American prelates, even in low-virus-risk areas, offered their flocks the meager ration of “virtual” worship — a poor substitute for actual participation at Mass. In this reviewer’s home state, our top public-health official advised the citizenry to binge-watch Netflix as a solution to virus transmission. In like manner, the U.S. bishops pointed Catholics to the boob tube, even when outdoor Masses or small indoor Masses would have satisfied government mandates. I can confidently assert that if there is one thing Americans don’t need, it is authorities who, like lazy babysitters, push us toward more screentime. Just as fitness mavens were aghast at “health” advice to stay on the couch (comorbidities, anyone?), faithful Catholics were shocked that normal opportunities for vital sacramental grace were tossed aside.

Lawler makes a good point, timely as ever with our cafeteria-Catholic president, regarding withholding the Eucharist. For decades we’ve been told that pro-abortion politicians’ blatant disregard for life is “not sufficient reason to deny anyone the Eucharist.” Yet in the Year of COVID, the need to protect people from a virus was “sufficient reason to deny the Eucharist to everyone.” In certain quarters, fervent desire to participate in Mass was seen as “evidence of an unchristian attitude.” Lawler laments “many episcopal directives” that “conveyed the impression that lay Catholics who were pleading to attend Mass had become a nuisance.” Likewise, many “diligent pastors,” who would find ways to give their people the sacraments, “were seen by diocesan officials as troublemakers.”

Regarding diocesan orders, Lawler raises good questions on ambiguities in authority. Were church-closure orders coming from bishops, chancery officials, or secular authorities? This was not always clear. What about the laity’s right of access to the sacraments? Gray areas in canon law led some priests to default, so to speak, to the dictates of divine law. All these questions surrounded a fundamental deadlock: some Catholics saw, and always see, reception of the sacraments as “the most important work of the Church”; others, during the COVID panic, saw “the administration of the sacraments as an unacceptable danger.” If, God forbid, a future virus sparks another round of widespread church closures, will it play out the same way or will we have learned anything from this experience? If we’re again told not to attend Mass, Lawler asks, is it “sinfully disobedient to seek out an ‘underground’ celebration of the Eucharistic liturgy”? For his nuanced answer, you will need to consult the book.

Contagious Faith offers pandemic-mishandling takes that are scarcely seen anywhere else. Lawler presents a solid case that lockdown as a “cure” is worse than the disease when we take into account collateral, or “excess,” deaths; mental-health deterioration; drug overdoses; the lonely plight of the elderly; the effect on young children who were taught to see others as threats; and further economic ruin for the world’s poor. Lawler asks why, “when this epidemic broke out, did we so quickly accept the notion that the normal functioning of our society was not worth the risk?” His answer implicates those who are happy to tear apart our once-Christian society. The mass media surely deserves blame for inducing panic, as do the wealthy and powerful elite who, not coincidentally, suffer least from the short- and long-term costs of lockdowns.

As for long-lasting effects on the Church, Lawler endorses predictions of accelerated shrinkage. He compares blanket dispensations from the Sunday obligation to the post-Vatican II “D-I-Y discipline” regarding Friday abstinence: “Once the rule was relaxed, in practice it was generally ignored.” It is hard to discount the argument that confusion and laxity tend to worsen.

Is there any silver lining to all this? Yes. The faithful have flocked to those priests who “went to extraordinary lengths to offer the sacraments” to them. “Traditionalist communities enjoyed a surge,” Lawler reports. This is another acceleration of an established trend. He is hopeful that Catholics will no longer take the Mass and the Real Presence for granted, and he suggests that “this could be the time when a great revival is triggered by a faithful few.”

In a materialistic culture almost all engaged and married couples will benefit from learning that marriage is for family.

An End to Equivocation?

Into the hostile environment of the Archdiocese of San Francisco steps a bishop who leaves no doubt about where he stands on the burning issues facing the Church.