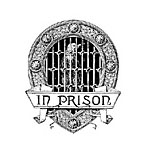 By Ralph Frasca | October 2015
Ralph Frasca is chairman of the Department of Communication at Mount St. Mary's University in Emmitsburg, Maryland. He has written books on Benjamin Franklin, the Mexican-American War, and the first national newspaper, as well as dozens of articles on journalism history and American Catholic history. Previously, he was a reporter and editor for daily newspapers in New Jersey, New York, and Indiana.

Claude Newman is widely considered a saint. The popular consensus is that the repentant and reformed killer who became a Catholic cultural icon is now in Heaven. However, there are questions surrounding the most spectacular aspects of his life: Did Claude receive a series of apparitions from Mary in his prison cell? Did a deceased Claude make a supernatural appearance to save the soul of a convict moments from execution? Did a young Mississippi priest participate in these miraculous events? This article provides definitive answers.

Few Americans have captured the nation’s religious imagination as successfully as Claude Newman, a young black man who died in a Mississippi electric chair in 1944. His story, easily found on the Internet and in various print media, is an astounding tale of redemption and sacrifice that has inspired authors, playwrights, and filmmakers. “Claude’s story has the power to convert many,” Catholic filmmaker Mary Carney wrote. Playwright Cathal Gallagher, who composed the two-act stage play Claude Newman, noted that “entertainment has more influence on young people than parents do”; thus, “Claude’s story needs to be told to the world.” Hundreds of Catholics and non-Catholics have posted Internet comments attesting to their own personal conversions after learning about Claude’s story, and many have called on the Diocese of Jackson to initiate his cause for canonization.

Claude’s story became publicly known through the circulation of a tape recording by Fr. Robert O’Leary, who served as chaplain to Warren County Jail in Vicksburg, Mississippi, in the mid-1940s. There Fr. O’Leary became acquainted with Claude and helped him receive the sacraments of baptism, reconciliation, and the Holy Eucharist. Claude in turn deeply inspired the young Society of the Divine Word priest. Decades later, the ailing, retired priest tape-recorded his version of the story. For those who don’t already know it, what follows is the condensed version.

While Claude was working on a Mississippi plantation in 1942, another farmhand told him that his wife was being raped. Claude ran to find his wife, confronted the attacker, who was a favorite plantation employee, and killed him. Claude was then unjustly convicted of murder and sentenced to death.

The New Surge of Converts to Rome from Protestantism

These pilgrims hear the authority of Christ speaking through the apostolic and Petrine ministry.

On Ecumenism & the Amazing Unity of Catholics

The Pilgrimage of a Former “Yuppie”

“Catholic” means “including everybody.” Catholicism is both a sanctuary for adoration and contemplation, and an animator of political and social reconstruction.