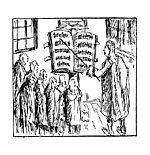 By Karl A. Schultz | July-August 2018
Karl A. Schultz is the author of 15 books on the lectio divina, the book of Job, theology of the body, and Christian time and stress management, including Pope Paul VI: Christian Values and Virtues (Crossroad Publishing Company). He gives retreats, presentations, and parish missions internationally on the lectio divina, theology of the body, suffering and care-giving, wellness and potential fulfillment, and Paul VI. His website is karlaschultz.com, and he can be contacted at karlaschultz@juno.com or (386) 323-3808.

For over 25 years I have been studying, writing, and speaking about Bl. Pope Paul VI. I did research at the Paul VI Institute in Brescia, Italy; corresponded with his personal secretary, Msgr. Pasquale Macchi; visited his home church and the surrounding locale; interviewed countless persons about him; and accumulated a substantial Paul VI library (including a copy of his Testament in both Italian and his own handwriting). I reviewed his teachings and life exhaustively both before and during his papacy. I wrote a book about him entitled Pope Paul VI: Christian Values and Virtues (Crossroad Publishing Company) and have two more coming out this year (from New City Press and TAN Books) in anticipation of his canonization.

I have come away from my explorations not only with a deepened personal and professional appreciation of Paul VI, but a strengthened conviction that he was the most administratively competent, cultured, prophetic, and misunderstood pope of the 20th century, and that his most criticized endeavor, Humanae Vitae, is a watermark in Church history for reasons that are rarely understood. This encyclical is most accurately perceived as both a tragedy and a triumph that has greatly affected the identity and self-understanding of the modern Church.

Recent petitions by German, Austrian, and French Catholics have demanded that the Church reconsider her…