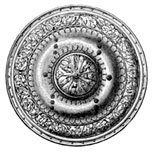 The Shape of Society’s Lies

ON THE CONTINUING IMPORTANCE OF PLATO

By Will Hoyt | September 2018
Will Hoyt operates an inn for oil and gas workers in eastern Ohio. His articles have appeared in University Bookman and Front Porch Republic.

Plato is one of those giants in the history of letters whose achievements so confound predictability that his appearance can rightly be judged miraculous. But he did have precursors (in addition to Socrates), and one or two of them sounded notes very like Plato’s own. Here I think especially of Parmenides, who lived approximately 100 years before Plato in a Greek colony on the coast of the Tyrrhenian Sea, and, to a lesser but still important extent, of Empedocles, who lived approximately 75 years before Plato in a different Greek colony on the island of Sicily. What an impact Parmenides must have made when he walked onto the world’s stage! Here was this guy, Heraclitus, over in Ephesus, just east of the Aegean Sea, on the coast of what is now Turkey, proclaiming that Being amounts to ceaseless change, as on view in fire. And then along comes Parmenides who says no, the “many” is not predicable of what is any more than limit is of limitlessness, or darkness is of light. Some opposites are absolute in that they do not feature common terms, and for this reason philosophical traction can occur. It’s like a lightning bolt out of the blue, that insistence on formal logic. And then along comes Empedocles who almost casually adds that following the way of “opinion” (as opposed to Parmenides’s “way of truth”) is like living in a “roofed-in cave.” Sound familiar? It ought to, assuming, of course, that we’ve read Plato’s “Allegory of the Cave” in The Republic. I enjoy reflecting on how Empedocles’s reference points forward like a herald’s cry to Plato’s more definitive description of a Sophist’s life, to almost the exact same degree that we, now, glance back to that same description to get our own bearings. No matter where one stands on the timeline of human history, it seems, Plato matters.

I tended to worry about that importance when I was younger, so much so that I avoided reading the Collected Dialogues. Plato shows a strong totalitarian streak, for one thing. His ideal city, as described in The Republic, features across-the-board censorship of artistic productions, intentional dissemination of propaganda so as to pacify that portion of the so-called free citizenry whose job it is to make life comfortable for aristocratic guardians, and procedural deference to ethical absolutes rather than averages based on trial and error. And that’s before getting to Plato’s theory that sensible particulars are “deficient” as carriers of Being. Are we not embodied creatures who can taste iron content in roots and thrill to sunlight on a cold winter’s day? Do we not prize the singularity and specificity of “place”? Are we not, ourselves, conditioned irrevocably and permanently by a past that makes us one way and not another way? Why, then, would we put ourselves under the spell of a philosopher who argues that our proper home is an abstract, rigorously ideal, utterly transcendent realm that subsists without dependence on, or reference to, the material, historically determined world we are glad to call home?

Such was the flavor of my thinking when I first started to imbibe what are usually called “the classics.” To me, then, it made sense to downgrade Plato in favor of a thinker like Aristotle, who had an empirical cast of mind and liked to walk. Forget academies. Enroll instead in a lyceum so you can learn to see mica and fern fronds from the ground up, and in that way become versed in philosophical biology.

Over time, though, I began to reconsider my dismissal of Plato, and not just because Aristotle’s demonstrably superior template for a just society nudged Plato’s template toward curiosity status. Might it not be possible that the Platonic “Realm of Forms” — his conception of our proper home — ought to be interpreted as a real or intensely present world, rather than a trans-physical one? C.S. Lewis thought so, at any rate, and slowly I began to see that Plato’s intelligible realm, so called, was a lot more complicated than one might at first think.

Reviews of St. Francis of Assisi: Writings for a Gospel Life... Teresa of Avila: Mystical Writings... Francis de Sales: Finding God Wherever You Are... The Recovery of the Sacred: Reforming the Reformed Liturgy... The Diversity of Religions: A Christian Perspective...