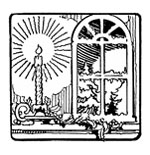 The Realm of Faith, Continued

By Douglass H. Bartley | December 2010
Douglass H. Bartley of Ely, Minnesota, a former judge, is the author of a treatise on the Constitution, The Kiss of Judice: The Constitution Betrayed: A Coroner's Inquest and Report, the first parts of which have been published on his blog, "Pastoral Republican," found at http://douglassbartley.wordpress.com/. Epistle 3, "The Realm of Faith," appeared in the September issue of the NOR.

“Words are like leaves, and where they most abound,
Much fruit of sense beneath is rarely found.”
The aim below, ’tis my wish and my hope:
Comply with the decree of Master Pope,
And squander not words, nor waste precious time,
And blight not Doctrine put to verse and rhyme.
For Canons ought not the foolish to bear.
So, please God, as I write this prayer,
Give content, balance, junction to each part,
And let faith be enhanc’d by reason’s art.

It goes forth caring not for the world’s lot.

It craves not to espy the journey’s end,
And it does not to measures of chance bend.

In God, Almighty Father, I believe,
Creator Heaven and the Earth I cleave.

And Jesus Christ, His only Son, Logos,

Became incarnate by the Holy Ghost.
To blessed Virgin Mary He was born,
And under Pontius Pilate crown’d with thorn.

Letter to the Editor: July-August 2003