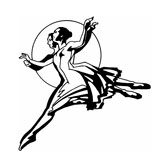 By Alvaro Delgado | May 2007
The Rev. Alvaro Delgado is Pastor of St. Edward's Catholic Church in Stockton, California. Previously, he spent 17 years as a newspaper journalist.

As a priest who stands in persona Christi to offer the sacrifice of the Mass, I felt disappointed and betrayed when liturgical dancers appeared at the Mass that opened our diocesan synod. The believers present for this Mass deserved to partake of the liturgy under the proper rubrics outlined by the Holy See. It would not be an exaggeration to say these believers were ambushed by an act of spiritual and liturgical terrorism.

Three sets of liturgical dancers waltzed up the aisle at the time of the Presentation of the Gifts. First, three or four young girls and a boy, about 11 or 12 years old, pranced to the altar twirling lit candles through the air in a circular motion. The candle-bearers circled the altar and placed the candles in front of the altar. A second wave of youngsters, holding bowls of incense aloft, also paraded to the altar, repeating the same pattern.

Then came the climactic dance. A boy and a girl, about 14 or 15 years old, came up the center aisle, bearing gifts of bread and wine. I looked for our bishop, and the deacon seated at his side, to rise from their chairs, walk to the front of the altar, and receive the gifts. But they both stayed put. The boy and girl circled the altar, carrying the bread and wine. Finally, they stopped, dead set in front of the altar, facing the people, and hoisted the bread and wine above their heads. Solemn looks crossed their faces as they fixed their gaze upward on the gifts for a long moment. Then they placed the gifts on the altar and returned to their seats.

Moments later, the bishop proceeded to the altar and made the official, liturgical offering of the gifts to God. He lifted the gifts above his head, exactly as the boy and girl had done, as seen by hundreds of worshipers from the pews.

With few exceptions, the Holy See has said “no” to liturgical dance. James Akin, in his book Mass Confusion, notes that the Congregation for the Sacraments and Divine Worship, in an authoritative 1975 document, cited specific cultures in which liturgical dance has enhanced the liturgy and reflected the religious values of those cultures. But liturgical dance has never been part of the liturgical tradition of the Latin Church, and never been deemed appropriate in the West. The documents states: “Conciliar decisions have often condemned the religious dance because it conduces little to worship and because it could degenerate into disorders.” The document adds that pseudo-ballet, or “interpretive dance,” which has been tried in liturgy, is also prohibited.

I have preached parish missions and retreats around the U.S. and Canada since 1975. It…

Deeper in History, Deeper in Prayer

We may speak to God anytime in our own words, in as simple or as…