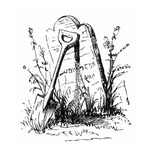 The Prolife Movement: Dead or Alive?

ON THE PERSISTENCE OF NATURAL LAW

By James G. Hanink | May 1993
James G. Hanink is Professor of Philosophy at Loyola Marymount University in Los Angeles, Associate Editor of the NOR, and the father of five children, all adopted.

Jeremy Bentham, apoplectic over what he took to be the philosophic conceits of the French Revolution, offered this verdict: “Natur­al rights is simple nonsense…rhetorical non­sense — nonsense upon stilts.” Appeals to such rhetoric he hotly dismissed as “terrorist language.” His distaste for a metaphysically richer doctrine of Natural Law, within which natural rights might find a congenial home, would be equally strong. The utilitarianism that Bentham — and John Stuart Mill — did so much to advance continues to be thorough­ly at home in the American psyche — howev­er much it contradicts our own (sometimes indiscriminate) “rights talk.”

For many of us a coherent and accessible doctrine of Natural Law is more rumor than reality — an exotic and even sinister rumor at that. There was a flurry of discussion about Na­tural Law during the tumultuous Clarence Thomas hearings. For a day or two, we were treated to the spectacle of philosophical “color commentators” on the evening news explain­ing Natural Law in 75 words or less. But Thomas himself downplayed the concept, and the public came away with the impression that “Natural Law” was a weird creature that had escaped from a think tank but was returned safely under lock and key. More comic still has been the emergence of a meditation-based Natural Law Party (doubtless there’s been a copyright violation somewhere, and a lawyer is tracking it down). In any case, we need to know much more about Natural Law.

The abortion wars seem to be winding down, do they not? After Casey this past summer, Robert Dworkin told us that “the center” had held: The Constitution had been saved, the zealots kept at bay. As Dworkin recognizes, court decisions characteristically in­volve value judgments. Perhaps the key value judgment behind both Roe and Casey was noted some 10 years ago by the utilitarian Peter Singer. He said that the sanctity of human life ethic, which he rejected as per­verse, “is now starting to be eroded by the acceptance of abortion, which is the killing of a being that is indisputably a member of the human species…,” and he welcomed this shift in opinion. It is now trumpeted that America accepts legal abortion and the abortion debate is over.

Yet we should beware of hasty conclu­sions. Natural Law theory is resilient — and patient. It is unlikely that certain people will be shouted down, will ever slough off their conviction that unborn babies are human beings deserving legal protection. The obitu­aries for the prolife movement we’ve been reading are premature.

Maintaining the Independence of the Church

Review of Nicaragua's Other Revolution: Religious Faith and Political Struggle

The foundations of Catholic social teaching are not in economic morality but in Catholic doctrine about the state and the nature of the human person.