Volume > Issue > The Presence of the Past 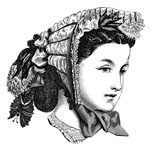 The Presence of the Past

OUR CATHOLIC DESERT CAN BLOSSOM — IF WE WANT IT TO

In the westernmost part of what is now known as Park Slope in Brooklyn, New York, if you proceed south from Flatbush Avenue on Third Avenue, you enter an area of rundown two- and three-story buildings and industrial parks. When you arrive at Carroll Street, turn left and on the second block going eastward, you will see on the right side the lovely church of Our Lady of Peace. The date on the cornerstone reads 1904. The church is constructed of red brick along the plan of an ancient Roman basilica. Inside, colonnades separate the side aisles from the nave; above the colonnades are walls extending up to a gently arched ceiling; on these walls are three paintings on each side representing the four Joyful Mysteries, the Adoration of the Magi, and the Resurrection. The white marble altar, because of its dignified proportions and its perfect relation to the apse, is at once grand and modest. Angels are flanking rising tiers to a pillared and capitaled niche bearing statues of Our Lady holding the Christ Child with a turtle dove at her feet. The curved wall of the apse contains radiant stained-glass windows depicting the Crucifixion, the Resurrection, and the Assumption. In the aisles and in two small chapels at the back of the church are statues, some rather sentimental or histrionic; however, if you look over the organ in the choir loft you will see a glorious stained-glass image of St. Cecilia in a roundel with four windows depicting angels beneath it. The overall effect is classical, noble, and comforting.

Outside the church, if you look to the east, you will see in the distance a Gothic stone spire, and if you follow Carroll Street and proceed up a gentle hill, you will arrive in a mere three-tenths of a mile at a more well-kept section of Park Slope and the church of St. Francis Xavier. An elderly priest related to me that in the pre-Vatican II era, if a priest on a Sunday afternoon came across a boy from this parish whom he had not seen in a church at St. Francis in the morning and asked him why he wasn’t there, the little wag would reply, “I went to Our Lady of Peace’s,” or simply, “I went to Peace’s.”

St. Francis Xavier is in a French Gothic style, constructed out of stone the lightest shade of gray, with an intricately designed exterior epitomizing the excellence the Gothic Revival could attain. The cornerstone reads 1900. The interior is a shining vision of white and gold of astonishing verticality. St. Francis Xavier is on Sixth Avenue and if you travel north on this street, in just four-tenths of a mile looms a massive, ponderous, rambling church of huge, burnt umber, rugged stones with a round and lofty pinnacle of copper, now green, bearing a cross, and an angel perched at a vertiginous height above the nave. This is the church of St. Augustine. The cornerstone reads 1888. The church, in a Victorian style combining Romanesque solidity with Gothic stained glass, impresses one as immovable and steadfast as the foundations of the earth.

Inside, the stained glass is extensive and varied, including scenes from the life of Augustine of Hippo in grave and somber colors. One speculates, if the church were a book, how long it would take to read from cover to cover; but of course any great building is different from a book in that it cannot be read “straight through” — it reveals various characteristics according to the conditions of the weather, the hours of the day, and the seasons of the year.

Here we review Jesus and the Eyewitnesses: The Gospels as Eyewitness Testimony and A Politically Correct Dictionary and Guide.

As children we sang, “Sticks and stones may break my bones but names will never…

The Wisdom of Silliness

Children, and all the things that delight children (nursery rhymes, fairy tales, imaginative stories), are the antidote to seriousness and all its harmful effects.