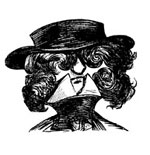 It is rarely taught on today’s campuses, but long before anyone had ever heard of Sigmund Freud or even the word psychotherapy, the presidents of America’s early colleges developed an extremely sophisticated concept of emotional health: They established the first social-science departments, promoted the spiritual treatment of alcohol and drug abuse, and demonstrated how inner peace could be achieved in everyday life. As nearly all the presidents’ schools started as a seminary for one of the Protestant denominations — and as they themselves were ordained ministers or, in the case of the first women’s colleges, prominent churchwomen — their ideas reflected a deeply Christian perspective.

The first appearance of this spiritual psychology was an upper-level college course at all early American schools, formally titled “Moral Philosophy” but nicknamed by students “the President’s Seminar,” as it was almost always taught by the college president. On the surface, it merely seemed to recreate the common European university class on the practical application of Christian ethics.

But in practice it referred to something far more ambitious: a set of principles for serving God in every sphere of life, no matter the obstacles — temptation, heresy, criticism, financial risk, delusion, even physical danger. From the founding of the very first 17th-century colleges, the clerical presidents were keenly aware that not every student would choose a career in the ministry and, therefore, needed religious guidance better suited to commercial and professional endeavors.

The presidents were especially concerned that graduates might succumb to the youthful illusion of having exceptional leeway in matters of morality. “Virtues, when traced in all their relations, are found to form important links in the chain of general happiness,” Princeton University president Samuel Stanhope Smith (1795-1812) annually cautioned his seniors. But for too many just starting out in life, he added sadly, “the connection does not immediately appear.”

Notre Dame's president honored Joe Biden for putting "the good of the nation above partisan victory," with "respectful dialogue" and "honorable compromise."