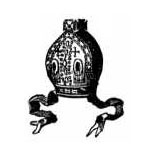 By Andrew M. Seddon | April 2011
Andrew M. Seddon, a native of England, writes both fiction and nonfiction, with over one hundred publication credits, including three novels: Red Planet Rising (Crossway Books, 1995), Imperial Legions (Broadman & Holman, 2000), and Iron Scepter (Xlibris, 2001). He contributed a chapter to Staying Fit After Forty by Don Otis (Harold Shaw, 2001), and is co-author of the devotional Walking With the Celtic Saints (Crossroad, 2004). He was editor of articles and columns for Christian Library Journal from 1998-2003; contributing editor of The Christian Communicator from 1998-2000; a book reviewer for Ethics & Medicine; and is a current member of the Authors' Guild. Dr. Seddon is a family-practice physician in the SameDay Care department at Billings Clinic in Billings, Montana.

Even popes have problems. And Pope Benedict XVI is no exception.

His “Regensburg lecture” raised the ire of the Muslim world and provoked spasms of violence when he quoted the words of a Byzantine emperor. More recently, the comments the Holy Father made about condom use in Light of the World, a book-length interview with Peter Seewald, elicited outbursts of concern throughout the Western world.

Yes, the Pope has a problem: He expects something from his listeners and readers.

As a professor and theologian of many years’ standing, he’s accustomed to addressing educated audiences — audiences able to employ logical and rational skills, audiences that grasp subtleties and interpret remarks within their proper contexts, that take the time to evaluate and consider comments at length and don’t resort to knee-jerk reactions. Pope Benedict realizes his problem. In Light of the World, he said, “I had conceived and delivered the [Regensburg] lecture as a strictly academic address without realizing that people don’t read papal lectures as academic presentations, but as political statements.”

Restoring the Altar Rail & the Tabernacle

How do we renew our beloved Holy Mother Church? We must begin with how we worship -- on our knees, before God, who is really God.

Sources of information abound on the persecution of Christians, so ignorance is no excuse. What is the reason that Christians worldwide are doing so little?

Allah's laws and actions do not have to be reasonable; they simply have to be obeyed. Religious obligation flows not from reason or moral philosophy but from sharia law.