Volume > Issue > The Politics of Abandonment 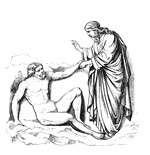 The Politics of Abandonment

THE SPIRITUAL BASES OF GOOD POLITICS

By L. Brent Bozell | June 2017
In January-February 1988, L. Brent Bozell, R.I.P., was a writer in Washington, D.C., and a Contributing Editor of the NOR. His latest book was Mustard Seeds: A Conservative Becomes a Catholic.

Ed. Note: Throughout 2017, in commemoration of our fortieth year of publication, we are featuring one article per issue from the NOR’s past. This article originally appeared in our January-February 1988 issue (volume LV, number 1) and is presented here unabridged. Copyright © 1988.

Suppose I am strongly moved by an outrage in the political world — so strongly that I want to make a personal response to it. For example, I re­member the 1981 smashing of Solidarity’s cam­paign to bring justice and mercy to Poland. Or I consider Apartheid’s ravages in South Africa, or British ravages of a different sort in Northern Ire­land. Or I contemplate the daily withering anguish of the poor all over the world. Or one night in the future I learn from the television news that the U.S. government is readying a gigantic program for exporting birth control and abortion technology to Latin America as the most effective means of stem­ming Hispanic migration to the U.S. What do I do?

Particular concerns about the state of our public life — future, present, or past — will differ among us, but there is one aspect of the discomfort that every sensitive man holds in common: a soul-numbing frustration at his helplessness. We may work and agitate in conventional political channels. We may perform personal acts of charity where ac­cess roads are open. We may pray. But we do these things discouragedly, with no confidence that the problems will go away, or even measurably dimin­ish.

One thing many of us also hold in common, however, is hope — we are looking, if darkly, for ways to increase the good we may be able to bring to public life. I do not speak in this article of pro­grammatic goods, but of looking for the spiritual bases for generating good politics.

I wrote recently for these pages a glimpse of this looking, in an article called “Capitalist Self-Seeking or Christian Self-Denial?” (Oct. 1986) — since republished as “Mary’s Bread” in my book Mustard Seeds. “Mary’s Bread” ended by com­mending “the giving away of self, an abandonment to His will, as the method of enlisting His power. Abandonment is the way of turning over my whole problem to God, my judgment, my capacities — and my freedom. Abandonment says that I am no longer me, but He is me. It is love-making…. Politics? Mary’s Bread will not be available on the tables of the poor (understood in all its senses) without our politics abandoning itself to Christian liberty [which] is the placing of all man’s powers at the service of his true end, God; it is love of God, fully engaged.”

Letter to the Editor: January-February 1988
A Wink of Heaven

Before answering the question, “Why Rome?” I must respond to another: “Why not Takoma Park?” (Takoma Park, Maryland, is the world headquarters of Seventh-Day Adventism.)

Our minds go back in time. At a meeting of workers in Berlin in the…