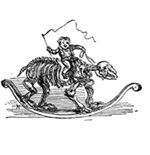 DEEP-SIXED IN THE DEEP SOUTH

In last November’s general election, the voters of Mississippi were presented with a bill that would have made theirs the first state to define legal personhood as beginning from the moment of conception. The pro-life measure, commonly called the personhood amendment, appeared on the ballot as Amendment 26. It was defeated by a solid margin, garnering less than forty-five percent approval.

An initiative to amend the state’s constitution, Amendment 26 was spearheaded by Personhood Mississippi, a citizens’ group affiliated with Personhood USA, a grass­roots organization that has assisted in similar campaigns across the nation. According to the group’s website, the purpose of the amendment was “to protect all life, regardless of age, health, function, physical or mental dependency, or method of reproduction.”

The amendments backers’ aim was to overturn Roe v. Wade by striking at what they perceive to be its soft underbelly: the lack of a legal definition of the word “person.” Drafted by Leslie Riley, a pro-life activist in Mississippi, the language of the amendment, as it appeared on the November 8 ballot, was as follows:

Be it Enacted by the People of the State of Mississippi: SECTION 1. Article III of the constitution of the state of Mississippi is hereby amended BY THE ADDITION OF A NEW SECTION TO READ: Section 33. Person defined. As used in this Article III of the state constitution, “The term ‘person’ or ‘persons’ shall include every human being from the moment of fertilization, cloning or the functional equivalent thereof.” This initiative shall not require any additional revenue for implementation.

Although authored by a Protestant, in the most Protestant state in the country, the amendment would have conformed this part of Mississippi’s constitution to the Catholic teaching that “human life must be respected and protected absolutely from the moment of conception. From the first moment of his existence, a human being must be recognized as having the rights of a person — among which is the inviolable right of every innocent being to life” (Catechism of the Catholic Church, no. 2270). Conspicuously absent from the coalition of pro-life advocates supporting Amendment 26, however, were the bishops of Mississippi’s two Catholic dioceses, Jackson and Biloxi.