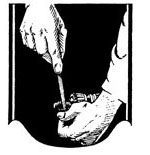 The Perils of Ecumenical Straight-Talk

IN THE SERVICE OF TRUTH

By David Mills | May 2015
David Mills, a Contributing Editor of the NOR, is Senior Editor of The Stream (https://stream.org) and Editorial Director of Ethika Politika (www.ethikapolitika.org) as well as a columnist for Aleteia (www.aleteia.org/en/author/david-mills). He can be reached at dmills@lapidarycraft.com.

The attempt to describe to a conservative Protestant the differences between the Catholic Church and his tradition usually ends in one of two ways: He will be your good friend or your enemy. He can become your enemy even when he has asked you to explain the differences, and even when you’re careful to ring your description with declarations of the respect and admiration you feel for conservative Protestants. In only a few cases, in my experience, will he respond neutrally, in a way that leaves your relationship unchanged. It’s not easy to predict who will react which way. I’ve found that in almost as many cases the polemicist will remain friendly and the nice guy will get angry. The relation improves in about four cases out of ten, and declines in six, though some people may be better at these discussions than I am and make friends with a higher percentage of the people with whom they talk. What one might call the apostolate of ecumenical clarification is a risky enterprise.

Once in a while, a Protestant will even try to convince you that you don’t understand Catholicism, that it’s either laxer or more rigid than you suppose. A friend, an Episcopal theologian, once explained to me that Joseph Ratzinger believed that Anglicanism was a church just like the Catholic Church. He had badly misread some of the cardinal’s books. I tried to explain, pointing him to Dominus Iesus and other sources, and he told me I was imposing my own fundamentalism upon the liberal-minded Ratzinger.

To be clear, I’m speaking of explanation, not polemics or evangelization. Over the years since I entered the Catholic Church, I have felt, because of my personal history and my continuing friendships with conservative Protestants, a calling to explain each side to the other, making clear who believes what, how they agree, and how they differ. Friendships are easier and ecumenical relations advance when both sides say what they mean and look honestly not only at their agreements but at their differences. We know Christians are divided. We ought to know with some precision how they’re divided and why.

The dialogue between American Jews and Christians in our time is actually a triangular conversation. The third partner is the voice of “the world.”

In that liminal space between a martyr’s temporal suffering and his eternal reward, Fr. Jacques…