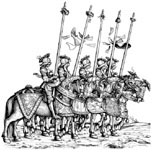 Overcoming the Evils of Ecclesial Division

By Casey Chalk | January-February 2020
Casey Chalk is a senior writer for Crisis and a contributor to The American Conservative.

In my 20 years of engaging in religious debates — originating in naïve attempts as a high-school evangelical to attack classmates’ Catholicism — I’ve witnessed an all-too-common tendency toward what I call “ecumenical ignorance.” Most Protestants who criticize Catholicism (including my former self) haven’t read much, if any, magisterial teaching. Most Orthodox who criticize Catholicism for being too dependent on Scholasticism lack familiarity with St. Thomas. And most Catholics who criticize perceived inadequacies in Protestantism or Orthodoxy haven’t read Luther or Calvin, or Schmemann or Ware. The robust friendship of 20th-century Swiss theologians Karl Barth and Hans Urs von Balthasar — one that allowed them to engage in fruitful conversation while remaining faithful to their respective faith traditions — offers a different approach to ecumenical dialogue.

Barth was a theologian deeply steeped in the Calvinist tradition, but he possessed what seemed an unprecedented willingness to engage with and receive comments from Catholic theologians. While serving as a professor of dogmatics at the University of Münster, Barth devoted serious study to the Catholic tradition, including Anselm and Aquinas. Indeed, some of his co-religionists accused Barth of prompting his readers to convert to Catholicism. In his later years, he was invited to be an observer at the Second Vatican Council.

Several times in his life, Barth presented his teaching to Catholic theologians who offered poignant critiques of his work. He invited Jesuit theologian Erich Przywara to listen to a seminar on Aquinas; Przywara challenged Barth’s understanding of the analogy of being and pushed him to present a viable alternative to the rich theology of the Catholic tradition. Later, Catholic scholar Gottlieb Söhngen criticized Barth’s attempts to resolve the dilemma posed by Przywara, which Söhngen claimed pitted faith against being, by making the analogous relationship between God and humans extrinsic to human being (i.e., that humans have no inherent, created capacity to receive God’s revelation). Barth humbly conceded Söhngen’s point, writing, “We certainly must not neglect to take heed to this warning and comply with it.”

Among Barth’s Catholic interlocutors, none engaged as seriously with Barth as Hans Urs von Balthasar. This is most saliently evidenced by Balthasar’s book The Theology of Karl Barth (1951), which many describe as one of the most important theological works of the 20th century. Whatever the problems with Balthasar’s own theology (e.g., his lean toward universalism), his communication with and interpretation of Barth’s theology offers several key lessons for ecumenical dialogue between Catholics and those of other Christian traditions.

The historical moment when Judaism seemed most alive, its pieties and devotions most ubiquitous, was the moment God required an expanded understanding and vision of His nature.

The Perils of Ecumenical Straight-Talk