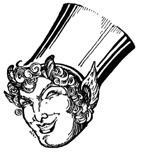 The Passing of ‘Fr. Death’

By Anne Hendershott | April 2007
Anne Hendershott is Professor of Sociology at the University of San Diego and author of the recently published Politics of Abortion (Encounter Books, 2006).

Fr. Robert Drinan, S.J., died at the end of the same month he presided over the inaugural Mass for the new U.S. Speaker of the House, Nancy Pelosi. For liberal Catholics, his passing was an occasion of nostalgia for the hopeful days that surrounded the changes brought by Vatican II. He was one of a number of “progressive” Jesuits who helped convince a generation of Catholic politicians — including the Catholic Kennedy family — that they could support liberalized abortion laws yet still remain in good standing with the Catholic Church. As an elected member of the House of Representatives, Fr. Drinan provided a much-imitated model for Catholic politicians who wished to support the pro-abortion movement while claiming to be faithful to Catholic moral teaching. Indeed, in a long forgotten meeting at the Kennedy compound in Hyannisport, on a hot July day in 1964, the Kennedy family and their advisers and allies were coached by Fr. Drinan, then-Dean of Boston College Law School, and a contingent of leading theologians and Catholic college professors, to accept and promote abortion with a “clear conscience.”

Yet, for orthodox Catholics, Fr. Drinan’s death was a requiem for a sad time in the Church — and for the country. It was a time when Catholic priests like Fr. Drinan enabled Catholic politicians and voters to rationalize support for pro-abortion legislative initiatives. Prolife Catholics sadly recall that, while serving as the Democratic Representative from Massachusetts from 1970 until 1980, Fr. Drinan could be counted on to provide some of the most extreme pro-choice votes, supporting legalized abortion and its public funding, and opposing prolife initiatives. When he left Congress in 1980, he continued his tireless support for abortion in his position as President of Americans for Democratic Action when, for example, he sent out a fundraising letter urging “the moral necessity of electing candidates to Congress who favored legal abortion and its public funding.” In the midst of the partial-birth abortion debate during the Clinton Administration, Fr. Drinan published articles in The New York Times and the National Catholic Reporter supporting Clinton’s decision to veto the ban on partial-birth abortion and urging members of Congress to sustain that veto. All the while, Fr. Drinan remained on the faculty of the Georgetown University Law Center, from 1981 until his death this past January.

What perplexes orthodox Catholics most is that Fr. Drinan remained a priest with “full faculties,” enabling him to administer the Sacraments and to preside over the Mass at Trinity University in Washington, D.C., for pro-choice politician Nancy Pelosi, a Trinity alumna — despite the fact that for more than 2,000 years the Catholic Church has affirmed the moral evil of abortion. Church teaching has been unambiguous, mandating that life must be protected with the utmost care from the moment of conception — and condemning abortion and infanticide as abominable crimes against Natural Law.

Yet, despite the clarity of these teachings, Fr. Drinan remained part of a cohort of Catholic theologians, philosophers, and academic advocates who have committed themselves to debunking catechetical teachings on abortion. Sadly, like Fr. Drinan, many of these pro-choice advocates continue to teach on Catholic college campuses.

Review of The New Faithful: Why Young Adults Are Embracing Christian Orthodoxy by Colleen Carroll

‘The Indies Over Here’

A fusion of Greek colonies with Romano-Italic leadership, a little Carthaginian influence, Christianity, and a little Islam makes for a diverse society.