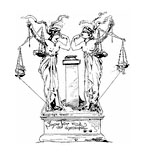 In one of the early debates in this seemingly interminable election cycle, former Arkansas Governor Mike Huckabee was asked a provocative question about why he, as a Christian, supported the death penalty, and whether Jesus would have supported it. Huckabee’s response was, “Jesus was too smart to ever run for public office.” It was a humorous quip, but severely disappointing (especially coming from an ordained minister), for Christian tradition has a well-established and intelligent response, one that simultaneously safeguards the legitimate role of religion in society and challenges secularists. For committed Christians like Gov. Huckabee, familiarity with this argument would provide a much more satisfying vision of the relation between Church and state.

The fundamental problem lies in the way the question was framed: Would Jesus support the death penalty? This question conflates the order of justice and the order of charity. As members of secular society, we are bound to uphold the order of justice; as members of the Church, we are bound to uphold the order of charity. But we should be careful to keep the two orders in their proper place. The importance of this distinction originates in St. Augustine’s City of God. Augustine argues that the temporal good of a secular society is an earthly peace, the tranquility of order established by means of just laws. Man’s eternal end, on the other hand, an end promised only to believers, is gained by obedience to the law of charity: to love God and love one’s neighbor, a love characterized by mercy and forgiveness. As Augustine explains, “The earthly city, which does not live by faith, seeks an earthly peace, and the end it proposes, in the well-ordered concord of civic obedience and rule, is the combination of men’s wills to attain the things which are helpful in this life. The heavenly city…makes use of this peace only because it must…. [while this eternal peace] alone can be truly called and esteemed the peace of the reasonable creatures, consisting as it does in the perfectly ordered and harmonious enjoyment of God and of one another in God.”

The tradition following from Augustine consistently asserts that secular society is bound by the temporal order of justice and not the eternal order of charity. For example, in his discussion of human law, St. Thomas Aquinas argues that while law acts to inculcate virtue and impede vice, it neither inculcates all virtues nor impedes all vices, but merely those that are essential with respect to the temporal end of society, the order and peace which are the prerequisite for man’s flourishing as a social animal. Thus, the goal of civil justice is not to secure man’s eternal good, but rather the more modest end of a temporal orderliness, the sine qua non for the true human perfection attained through grace and the life of charity. It is this distinction between the orders of justice and charity that allows Aquinas to assert that, while “the individual good is impossible without the common good of the family, state, or kingdom…for the good disposition of parts depends on their relation to the whole,” it is nevertheless true that “man is not ordained to the body politic, according to all that he is and has…[but] all that man is, and can, and has, must be referred to God.” The Christian, therefore, needs to attend to this world according to the order of justice, by which each man is given his due; at the same time, we attend to our souls according to the order of charity, by which we fulfill the revealed duties to love God and our neighbor.

How would this distinction have helped Gov. Huckabee — or any Christian politician — give a more satisfying answer? The solution lies in the fact that, in his role as public official, the Christian is bound to act for the temporal good according to the order of justice. This earthly peace demands that those who have committed heinous offenses be given their due — that is, they must be punished in terms of fair retribution. To fail to do so undermines the sense of justice within society, endangering the peace that is its primary goal. Thus, the entire question about Jesus and capital punishment misses its mark, since the public official aims at justice, not charity. So, while holding a public office demands that a Christian implement the precepts of justice, as a private citizen a Christian can personally work to increase the amount of charity in society. (Note that the same distinction cannot be applied to abortion, because depriving another of the right to life is unjust in itself. The protection of life is the first element in the order of justice and, as Hadley Arkes has argued, as soon as that is attacked, the entire idea of justice and right is threatened.)

The story of this repentant and reformed killer is an astounding tale of redemption and sacrifice that has inspired authors, playwrights, and filmmakers.