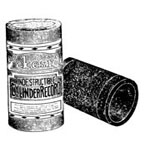 WHEN A SACRAMENT WAS MANIPULATED FOR POLITICAL GAIN

By Anne Barbeau Gardiner | April 2018
Anne Barbeau Gardiner, a Contributing Editor of the NOR, is Professor Emerita of English at John Jay College of the City University of New York. She has published on Dryden, Milton, and Swift, as well as on Catholics of the 17th century.

Attacks on religious liberty in the U.S. are rampant these days. Jesus warned us that we tarry among thieves: “Be ye therefore wise as serpents and simple as doves” (Mt. 10:16). Unfortunately, we Catholics are better at defending our principles than dealing with Machiavellian politicians, especially those who exploit and manipulate us, mocking our religion. A case in point is the egregious attack on religious liberty that took place in 1996 when F. Douglass Harcleroad, district attorney for Lane County, Oregon, authorized the secret tape-recording of a prisoner’s sacramental confession and exploited the Catholic uproar over this unprecedented sacrilege as a strategic tool for his own ends. Fr. Timothy Mockaitis, in his book The Seal: A Priest’s Story (2008), recounts how he sensed he was being “used” by Harcleroad. Indeed, he was. The D.A.’s underlying motivation was his belief that the recently enacted Religious Freedom Restoration Act (RFRA), passed by the U.S. Congress and signed into law by President Clinton in November 1993, was “unconstitutional” and an “establishment of religion.” Harcleroad would use Oregon Statute 165.540, which authorized the recording of conversations in jail between inmates and everyone except their attorneys, to test his “establishment theory.”

Conan Wayne Hale, 20, was a suspect in the December 1995 murder of three Oregon teenagers, including his ex-girlfriend. He had been in the county jail for about four months when he asked to have a priest visit so he could receive the Sacrament of Reconciliation. The director of corrections notified the district attorney about Hale’s request. On April 22, 1996, Fr. Mockaitis, then-pastor of St. Paul’s Church in Eugene, arrived to offer Hale the sacrament. Without either man knowing, prison officials secretly tape-recorded Hale’s 30-minute confession, conducted as the priest and penitent spoke through a phone, separated by a pane of glass. Interestingly, Hale’s previous meetings with Protestant clergymen had not been recorded, nor had Fr. Mockaitis’s visits with other prisoners over the previous nine months.*

The D.A. did not request a warrant before authorizing the covert taping of Hale’s confession, but Detective Jeffrey James Carley, a former Catholic, asked for a warrant so the police could hear what was on the tape. In his affidavit, prepared with the assistance of another former Catholic, Detective Joseph Kosydar, Carley wrote, “I know from my experience and training that the Catholic confession is an integral part of Catholicism. It is a sacrament. The basic tenet of confession is that a person is absolved of his or her wrongdoing upon making a full and complete acknowledgment of what that wrongdoing is.” On this basis, Carley was certain that “evidence of the crime of murder” would be “seized” from the taped confession located in the D.A.’s office. Judge Bryan Hodges agreed and signed the warrant on April 23.

We can imagine how disappointed Harcleroad and his team must have been to discover that the tape had absolutely no value for the prosecution. At least six people listened to Hale’s taped confession (including Hale’s court-appointed attorney), and a transcript was produced. More than likely, many more than six heard it, because Fr. Mockaitis writes that one of his parishioners, a police officer named Pete, told him, “Everyone knew what’s on the tape. It’s the talk of the force.”

Review of The Death of Innocents

Vengeance Is NOT Mine, Says "the Lord"

The Oklahoma City bomber and his 168 victims are going straight to heaven -- so says Fr. Ron Ashmore.