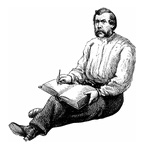 The Moral Weight of Words

IS GOD 'THE NICE GUY UPSTAIRS'?

By Alice von Hildebrand | February 2007
Alice von Hildebrand is Professor Emerita of Philosophy at Hunter College of the City University of New York. She is the author, most recently, of The Soul of a Lion (Ignatius; Preface by Joseph Cardinal Ratzinger), about her late husband, the Catholic philosopher Dietrich von Hildebrand; The Privilege of Being a Woman (Sapientia Press); and By Love Refined (Sophia Institute Press). She has written extensively for many Catholic periodicals and appears frequently on Mother Angelica's EWTN.

Man’s nobility and greatness are expressed by his capacity to use words that enable him to communicate with his neighbors. One of the problems we all face is that, when we discuss deep experiences, we feel that words prove to be pitifully inadequate. We often say, “Words fail me.” Hard as we try, what we “feel” is much deeper than our vocabulary. That is why it is typical of linguists to shift from one language to another, because a foreign word can often better convey certain nuances than one’s mother tongue. Those of us who love music feel that it can communicate best what is deepest in us. St. Augustine wrote: Cantare, amantis est. There must be music in Heaven.

Apart from the discrepancy that can exist between the wealth of our emotions and the vocabulary we command, words have another important quality: The words we use disclose — and sometimes betray — our attitude toward the object we are referring to. Words have synonyms that mean exactly the same thing, and nevertheless the particular “atmosphere” each word conveys can be very different. In choosing words, we should be conscious of the fact that their “quality” is in some way as important as their meaning.

One can adopt very different inner attitudes toward death; one can approach it as a purely physical event: One stops living. One can express it biologically: His heart stopped beating. One can take a religious approach: He went to meet his Maker. One can wish to express that a person, whom we believe to be virtuous, went to his reward. One can approach death irreverently and trigger laughter: He kicked the bucket. (This is a reference to the French Revolution, when those condemned to death were placed on a bucket, with a rope around their neck, and the executioner kicked the bucket, and the victim went dangling on the pole.)

"Money is power." And, boy, do these feminists want money.

To denounce sin is, of course, to risk it in no small way — the…