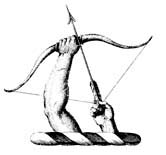 The Military Chaplain: An Incongruous Man?

To the uninitiated, the distractions at a military field Mass can be overwhelming. The indoor quiet of a parish church in no way prepares the novice or visitor for its outdoor soldierly counterpart: The distant boom of artillery compels the ear; the dramatic takeoff of a sky-bound fighter catches the eye; the reciprocating beat of the overflying helicopter turns the head. The environment surrounds the sacred service in a frame of inconguity.

For some this realization is more than a matter of circumstance. Some Christians feel out of place in any military environment, however benign. They reject the contention that Christ’s message could bear any fruit in modern battle-dress uniform; for them message and military are an incongruity that is utterly irreconcilable.

It would be comforting to cite the military chaplainate as a living contradiction to such a point of view. More often than not, the citation is true. Yet during 22 years of service as an active duty and reserve Army Officer, I’ve noticed the “yes man” — the chaplain who is unwilling to cross swords with an unfair or overdemanding commander. More often, however, the chaplain is a man who says no; a man who risks his credibility, his position, and his future to do what is right.

Vincent Rigdon is such a man. A priest of the Archdiocese of Washington, he balances his “real world” responsibilities with duty as an Air Force Reserve Chaplain at Andrews Air Force Base. A year ago that reserve duty brought him into direct conflict with his military chain-of-command in a crisis of conscience which ultimately led to a courtroom battle with the U.S. Department of Defense. The circumstances leading to that battle were astounding, but no more so than the implications of the courtroom arguments. The circumstances were astounding because Vincent Rigdon, a Lieutenant-Colonel of the U.S. Air Force Reserve, stood against the legal muscle of the entire United States military; the implications were astounding because of the unprecedented and ominous position argued by the Federal government.

Sources of information abound on the persecution of Christians, so ignorance is no excuse. What is the reason that Christians worldwide are doing so little?