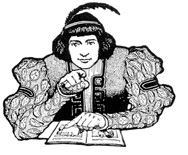 A quiz for Catholics: What language are we speaking when we say “Amen” and “Alleluia”? (A) English. (B) Greek. (C) Latin. (D) Hebrew. The answer is (D). As St. Paul taught long ago, the gentile followers of Christ have been grafted onto the Hebraic root (see Rom. 11). Christ is the vine and we are the branches, and the vine has roots in the rich soil of the Judaic covenant and Israelite history. In one of the most inspired phrases of the 20th century, Pope Pius XI, in the course of condemning anti-Semitism, said that Christians are “spiritual Semites.” We should not be surprised, then, if much of the language and culture of Catholic worship and belief are borrowed or developed from their Hebrew antecedents. Yet, Catholics find themselves in danger of forgetting their Semitic roots. We must, then, renew our understanding of what it means to be spiritual Semites, children of Abraham.

All three of the monotheistic faiths coming out of the Near East attribute their spiritual heritage to Abraham, the prototypical Semite. He is not only honored as the original patriarch of the covenant with God in human history; he is also held up as the model follower of God, a paladin of faith ready to give unconditionally to his God, ready to obey even the command to offer his own son in sacrifice (Gen. 22).

The pious Israelite is instructed (in Deut. 26) that when presenting his offering to the priest for sacrifice, he is to declare his radical dependence on the mercy of God, and to acknowledge his spiritual identification with Abraham: “My father [Abraham] was a wandering Aramean, and he went down into Egypt and sojourned there….” The worshiper was to retell the Egyptian bondage and the free and generous redemption his ancestors had at the hand of God, as well as the gift of the land from which the offerings were taken.

Nowhere is the spirit of “self-sufficiency” celebrated or even alluded to. All that one has and is are gifts of God, and all that one offers to God is far less than what He is owed. This is the spirit of Abraham and this is the heritage he passes on to his spiritual heirs, a willingness to be taught and led by God. This is the core principle of being a “spiritual Semite.” There is a direct line in the covenant from Abraham of Canaan to Mary of Nazareth, whose only direct command in the Gospels is “Do whatever He tells you” (Jn. 2:5), and whose characteristic response to God’s will is summed up in “Be it done to me according to Your word” (Lk. 1:38). A “spiritual Semite” comes from that lineage.

Difficulties arise when women wear tight or revealing pants to Church: Men start seeing them as a collection of titillating body parts.

After attending various Masses and talking with parishioners, we came to the conclusion that parish success or decline depends on the homily of the pastor.

The Church seems to choose to appear as in decline artistically, liturgically, and inspirationally.